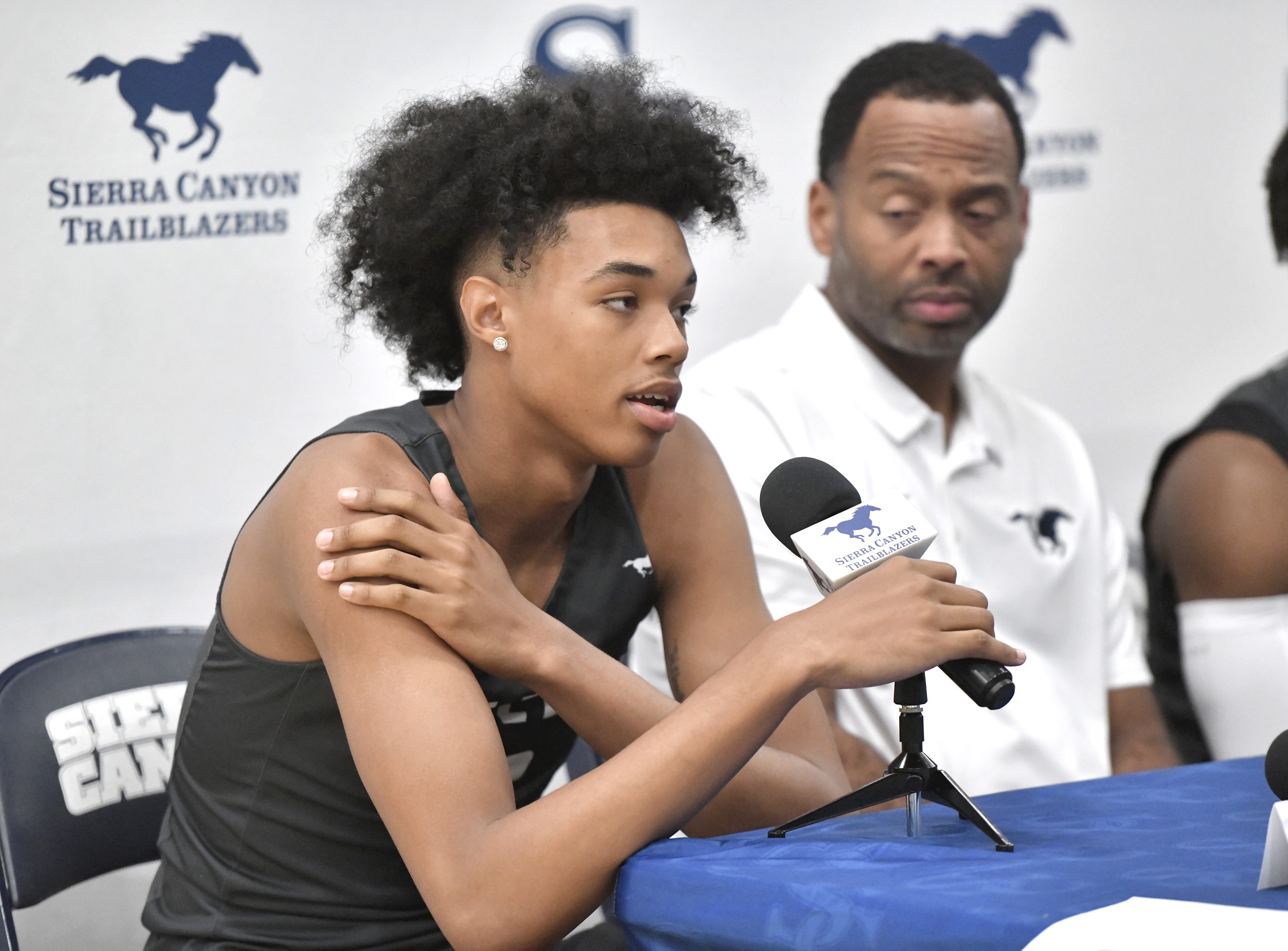 The Sierra Canyon boys basketball team got off to a solid start after winning three games in San Diego last week.

The Trailblazers traveled to nearly the border near Mexico to participate in the Montgomery High tournament and came away unscathed after victories against Montgomery, St. Augustine and Cathedral Catholic.

Sierra Canyon had no issues in its opener posting a 91-44 victory. Kentucky-bound Brandon Boston, Jr. scored 22 points and Texas Christian-bound Terren Frank poured in 20 points to lead the Trailblazers, who led 28-5 after one quarter and by 48 points after three quarters.

The next night against St. Augustine was a little more complicated. The Trailblazers only led 27-24 at halftime before pulling away for a 75-54 win. Sierra Canyon routed St. Augustine last year by 40-plus points in the same gym.

Once again, Boston, Jr. was the leading scorer with 23 points and Frank poured in 22 points. Amari Bailey, a rising sophomore guard, added 16 points.

The third night proved the most difficult. Cathedral Catholic came out red hot before Sierra Canyon secured a 59-46 victory. This time it was Shy Odom’s turn to stand out. Odom scored 20 points, the only Trailblazer in double figures. Boston, Jr., Frank and Bailey each scored nine points in the low scoring affair.

Cathedral Catholic led 12-0 at the outset and 16-9 after one quarter. The Trailblazers took a 25-19 halftime lead before going onto victory.