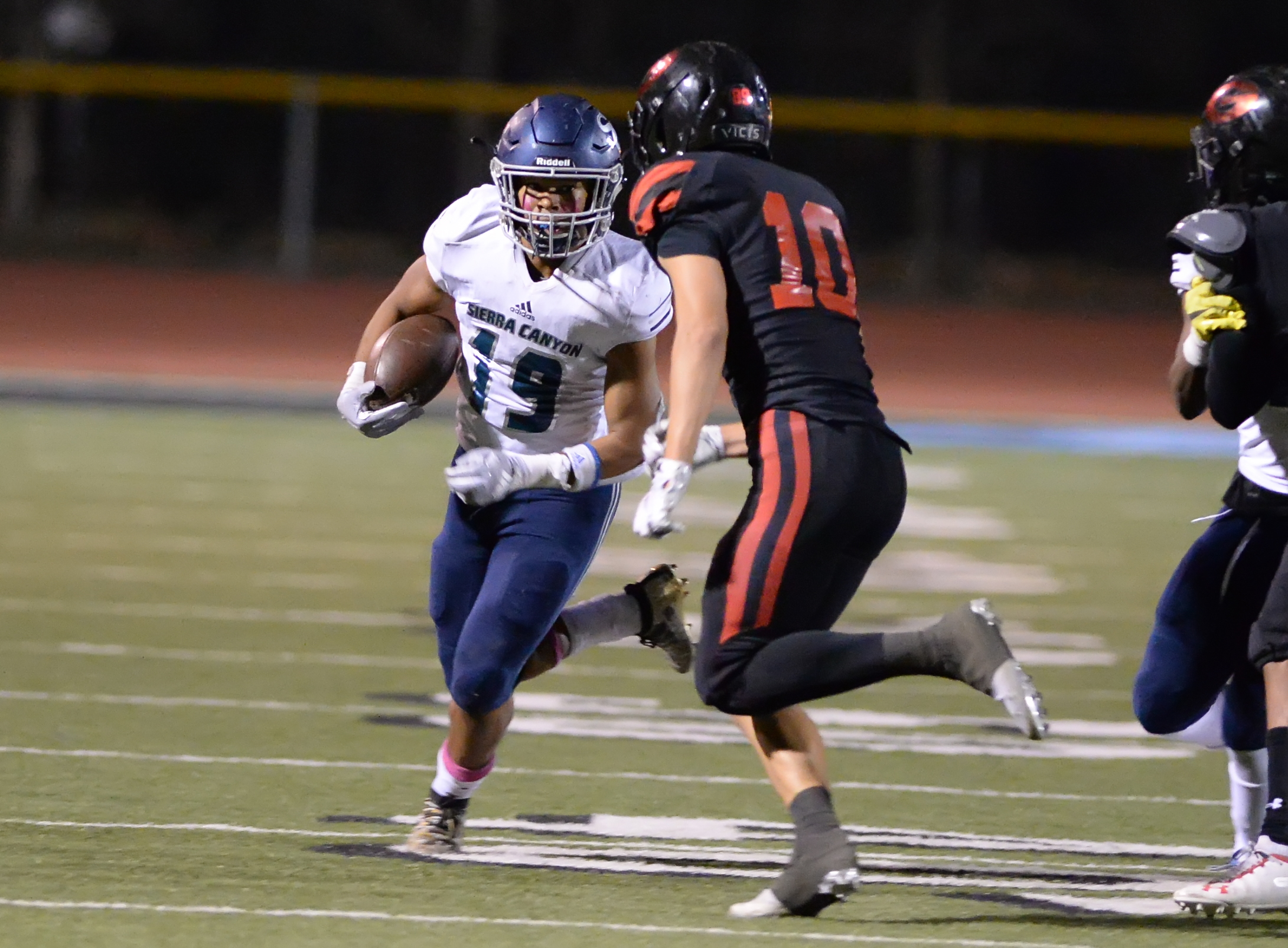 The Sierra Canyon football team just keeps on rolling. The Trailblazers not only won its Div. 2 quarterfinal Friday with a 42-28 victory against Vista Murrieta, Sierra Canyon now advances to its eighth semifinal in the past 10 years.

“We are really proud of the longevity of success,” Sierra Canyon coach Jon Ellinghouse said. “It takes a lot of hard work by everybody involved.”

Chayden Peery completed 11 of 21 passes for 248 yards, but it was the rushing game with all the touchdowns. Brendan Gamble scored twice and, Jason Jones, Quatro Sumlin and Hunter Williams each scored a touchdown.

The Trailblazers had to hold off a pesky Vista Murrieta team, who outlasted Notre Dame of Sherman Oaks, 24-21, in the first round.

Sierra Canyon led 21-7 late in the first half, but Robert Coleman threw a 13-yard touchdown pass with 70 seconds remaining before halftime.

The Broncos then tied it up at 21-21 when Raquel Wagstaff found paydirt from 47 yards out. With 8:52 to go in the third quarter it was anybody’s game.

Sumlin ran in from 39 yard out to put Sierra Canyon on top to stay with eight seconds remaining in the third quarter. Gamble added both his touchdowns in the final five minutes to secure the victory.

Each team had a punt return for a score. D.J. Harvey had an 80-yard touchdown return in the second quarter not long after Tyreese Shakir returned a punt 70 yards for the Broncos in the first quarter. Harvey also finished with five receptions for 154 yards.

See you at the field!