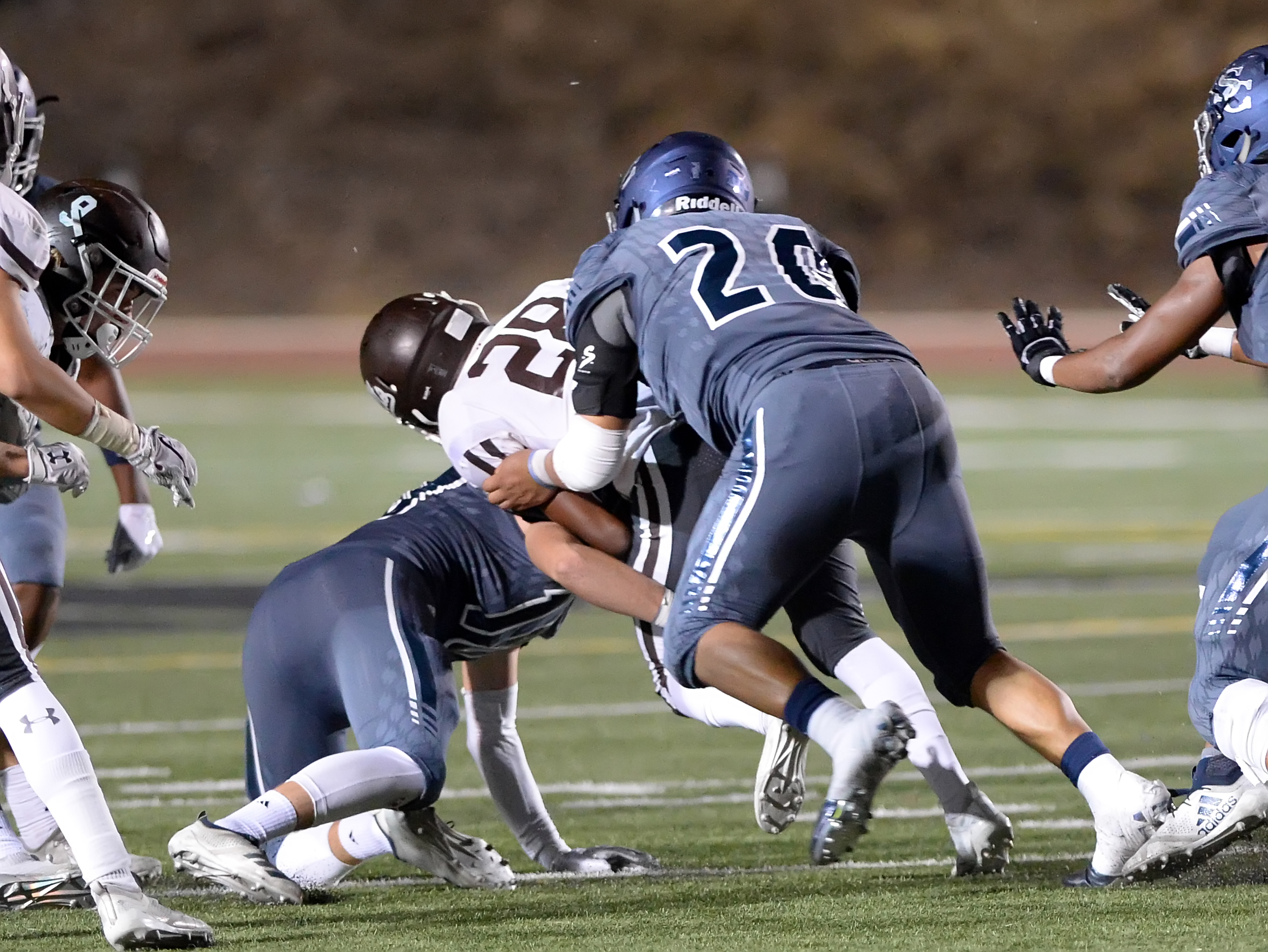 WOODLAND HILLS — It was a mismatch from the opening kickoff. Sierra Canyon sophomore D.J. Harvey caught the ball out of the air and raced 94 yards practically untouched down the right side for a touchdown and the game was over. The large Homecoming crowd was treated to a highlight reel filled night as the Trailblazers easily smacked Crespi 60-13 in a nonleague game at Pierce College.

Sierra Canyon took a commanding 54-7 at halftime and the final 24 minutes was played with a running clock.

Harvey was not quite done after his game-opening heroics. Harvey scored on a 12-yard rushing touchdown and caught a 45-yard touchdown pass from fellow sophomore Chayden Peery later in the first half.

The defense was in full effect, too.

Zach Thannum and J.D. Hernandez each returned interceptions for touchdowns and sophomore Donovan Williams nearly returned an interception for a touchdown running 45 yards before getting tackled at the five yard line. No problem as Hunter Williams (no relation) easily scooted in for the score two plays later.

It was a wild night with Sierra Canyon rolling up 54 first half points despite running only 13 total plays from the line of scrimmage. Harvey’s kickoff return and the two defensive scores kept the offense off the field.

E.J. Gable gained 93 yards on two carries with two touchdowns. After Crespi briefly tied the scores at 7-7 early in the first quarter, Gable broke free up the middle for his 68-yard touchdown.

Sierra Canyon won its fifth consecutive game and now looks to a monster showdown Friday at 7 p.m. against Calabasas at Granada Hills High School in a tantalizing public vs. private nonleague matchup with storylines galore. Sierra Canyon upset the Coyotes last year on their home field, the schools know each other well, both schools are filled with celebrities and Sierra Canyon head coach Jon Ellinghouse is a Calabasas alum.