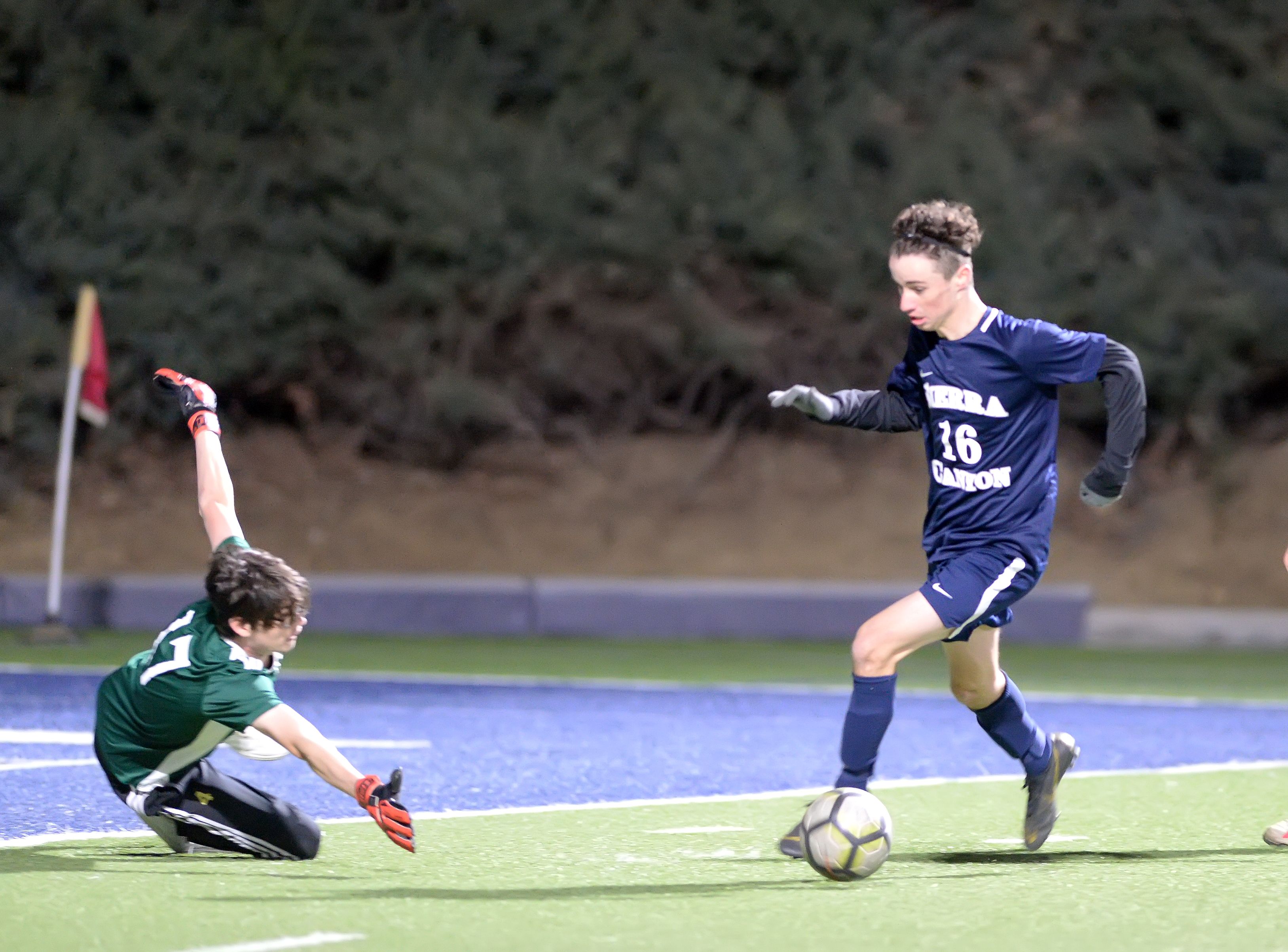 The buildup was slow and tenuous, like a tea kettle on a low burner.

The anticipation and anxiety had been building for the Sierra Canyon boys soccer team for nearly 13 months as the pandemic threatened the Trailblazers’ return to the field.

The referee’s starting whistle sounded like a tea kettle about to burst.

The Sierra Canyon boys soccer team unleashed its pent-up energy with a pair of commanding season-opening victories, blitzing St. Genevieve for a 7-0 nonleague victory on March 4 and trouncing a shorthanded St. Monica squad for a 10-0 nonleague win on March 8.

The Trailblazers have three nonleague matches remaining – Friday against St. Genevieve again, March 23 at Paraclete and March 31 against Heritage Christian – before beginning its Gold Coast League campaign April 13 at Brentwood.

“We’re using these games to build into league,” Bonawandt said.

Sierra Canyon exhibited a strong connection in its opening matches despite limited practice time due to the pandemic and club soccer commitments.

Since the CIF Southern Section made an exception to allow athletes to compete for their high school and club teams in the same season, the high school teams and club teams are competing for practicing time in a limited time frame.

“It’s been hard to find time to have everyone together,” Bonawandt said. “We’ve tried to accommodate as much as we can, but at least all the teams are in the same boat. That’s the great equalizer.”

The scoring was fairly balanced and distributed.

Constantine Theodoratos scored the first two goals of the season against St. Genevieve, setting the tone for a runaway victory.

“He was our attacking midfielder, and he did a great job of pushing forward and creating opportunities,” Bonawandt said.

“The guys were happy to be out there,” Bonawandt said. “What you saw was a free-flowing, energetic game compared to some of the stringent tactical matches we see in league. The guys were playing very free.”

The emergence of Arman Sahi was also an important storyline for Sierra Canyon.

Sahi moved from the field to fill the void at goalkeeper for Sierra Canyon and recorded a pair of shutouts, aided by strong defense from Del Castillo on the backline.

“Arman has not played competitive goalkeeper in a long time, but we got him some gloves, he jumped in and did a great job,” Bonawandt said. “He made a couple of big saves.”

Bonawandt arrived from league rival Viewpoint and is already seeing a difference from a Sierra Canyon squad that endured a 2-12-5 campaign last year.

“I’m proud of the boys,” Bonawandt said. “They are already competing well, and they deserve their success right now.”