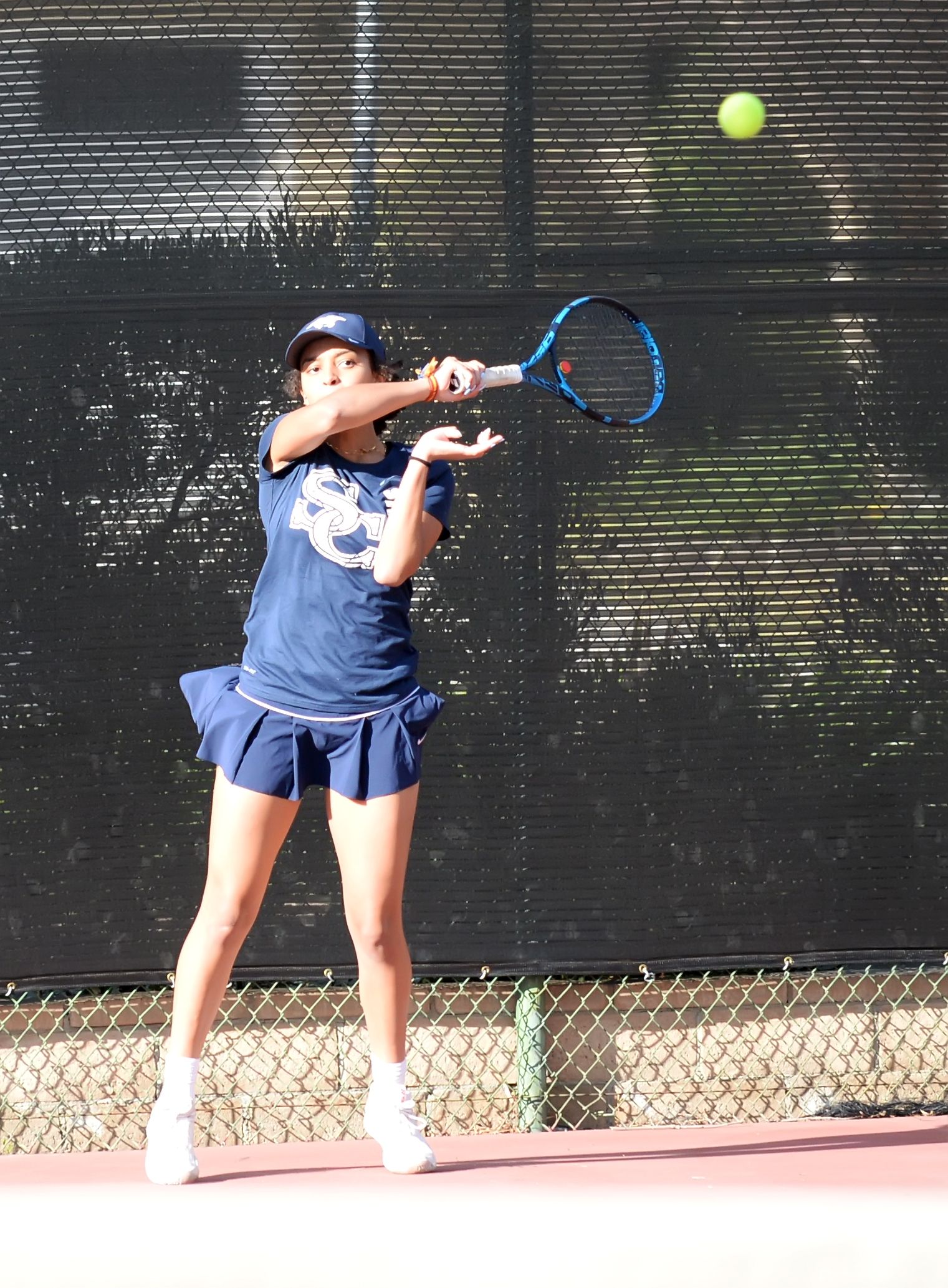 The tennis courts are quietly nestled at the corner of Mason Ave. and Tulsa St. in the middle of a Chatsworth neighborhood boasting million dollar homes.

Sierra Canyon had to get creative to find a venue to host girls tennis matches for the 2021 season with limited facilities and availability due to the pandemic restrictions.

Welcome to Rancho de Caballeros, the humble temporary abode of the Sierra Canyon girls tennis team for the 2021 season.

“It’s right down the street from the school,” first-year Sierra Canyon girls tennis coach Rajeev Datt said. “We’re very fortunate that the HOA there is allowing us to play and we are fortunate to have the kids that we do. They are such good human beings.”

Usually high school tennis matches feature a round-robin format for singles and doubles, but with only two courts available, the teams switched to an 8-game pro-set format.

Sierra Canyon is scheduled to host Oakwood on Thursday at Rancho de Caballeros. It is part of an abbreviated nine-match schedule that also includes Campbell Hall (March 24), Oakwood again (April 13), at Heritage Christian for a rematch (April 14), at Brentwood (April 20), Viewpoint (April 22), at Windward (April 27) and at Crossroads (April 29).

Finding facilities might prove to be the biggest challenge. Home matches could be at Rancho de Caballeros or at Sierra Canyon’s usual stomping grounds at Cal State Northridge.

“It’s an unusual season,” Datt said. “I was just happy to see them in action so I could start seeing other aspects of their game instead of just hitting. This is where I will start to see their personalities and how they handle other match pressures.”

Valeria Sanz Jones, an exchange student from Spain, made her debut at the No. 1 singles position against Heritage Christian and earned a victory.

Datt said it was encouraging to see several multi-sport standouts try their hand at tennis.

Epstein has played volleyball and basketball at Sierra Canyon. Abulaf and Gelfuso have played soccer.

“I was impressed with all the girls,” Datt said. “All these girls are beginners. None of them have grown up playing tennis or have played in the junior circuit. The biggest focus in the process. As long as they are having fun and are loving the game, they will have a successful career.”