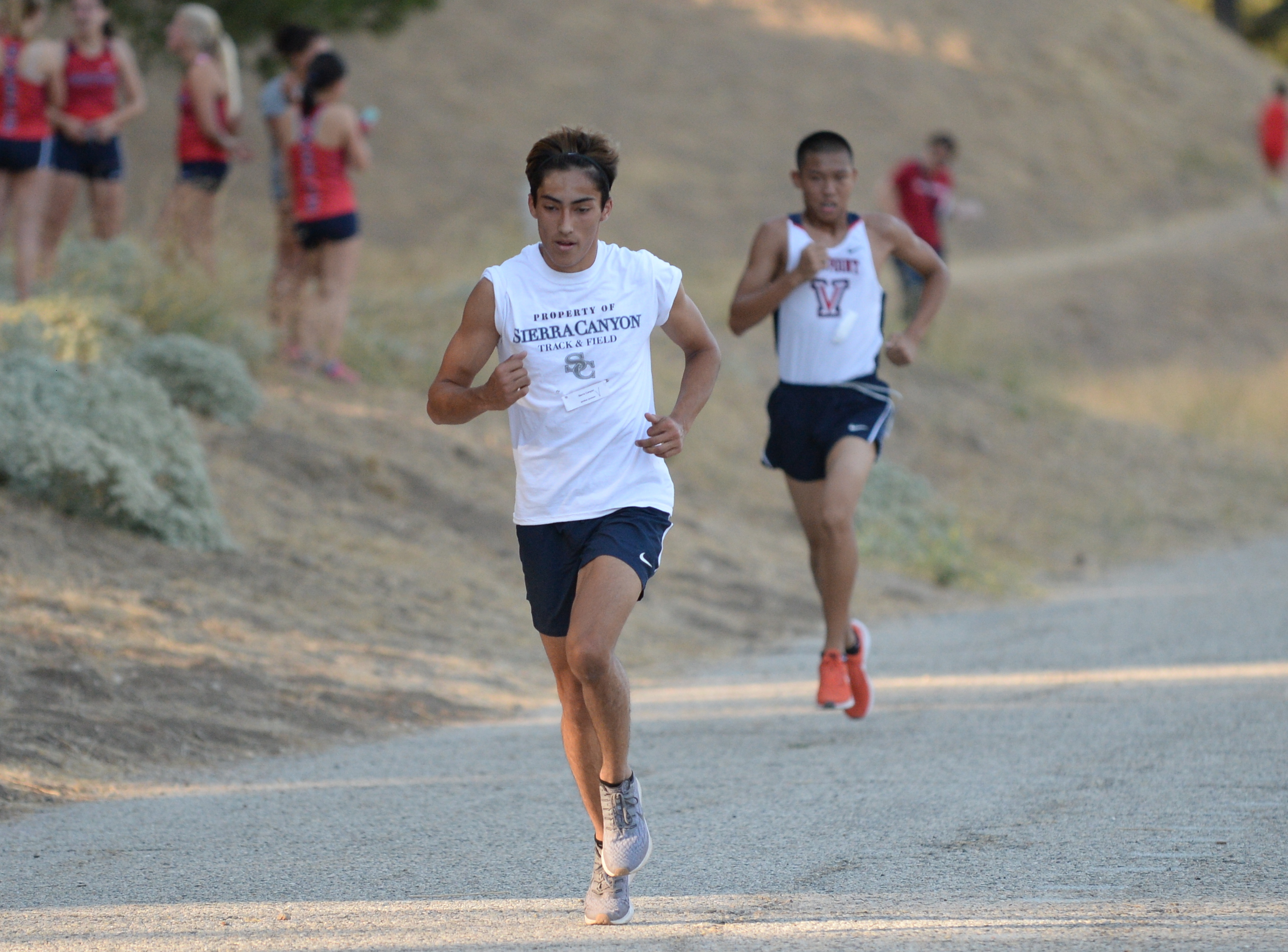 These Roman numerals are tattooed across the chest of Sierra Canyon senior Jordan Juceam, marking the date his younger sister Hannah was taken from this world.

“I got that tattoo so I always have her on my heart,” Juceam said.

The Juceam family’s world changed forever on May 13, 2006 when the family nanny was accused of shaking 17-month-old Hannah to death.

It was an incident that garnered international news coverage.

Yet after two mistrials, the nanny’s deportation to Mexico was the only true consequence.

“I feel that the justice system really let my family down,” Juceam said.

Yet Juceam channels this ever-present grief into a positivity that shines on a daily basis.

He is an outspoken and engaged student, someone willing to help his classmates and who draws their respect.

He is a model athlete who elevates his Sierra Canyon soccer and cross country teammates.

Ultimately Juceam was an exemplary choice for Sierra Canyon’s Student First award that honors excellence in both academics and athletics.

“Jordan has a heart of gold,” said Sergio Ribiero, a long-time family friend who served as Juceam’s Spanish teacher for three years and also his Academic Advisor. “He is so compassionate toward others. He’s a loving son, a loving brother, an amazing kid, and his parents are wonderful people.

“The kids loved him. I love him. He’s unique, special, incredibly smart and I love the fact that he’s got an active voice and is willing to speak his mind.”

Juceam credits his father Scott and his mother Lorena with building a strong foundation for himself and his twin 9-year-old siblings Emma and Ben. Scott has given hundreds of speeches to police chaplains, military academies and police academies advocating victims’ rights.

Even with Hannah’s death and Ben being diagnosed with Down’s Syndrome, Juceam said he and his family have aspired to be an inspiration for others. He ultimately wants to become a lawyer.

“I never want anyone to experience what my family went through,” Juceam said. “I want to honor my sister and brother. I carry this on my shoulders. I want to continue to fight and be able to persevere.

“I want to defend someone with the highest honor because I feel people deserve it. I want to take care of people who can’t take care of themselves.”

He maintains a 4.39 grade-point average amid a schedule loaded with advanced-placement and honors courses. He said his dream school is the University of Pennsylvania, and he has also applied to other Ivy League and UC schools.

He said he hopes to major in Sociology.

“I’m a nerd for people,” Juceam said. “Human interaction is very interesting to me, and Sociology seems like an apt pre-major for going into law.”

Juceam made the Head of School list as a freshman and the Dean’s List the past three years.

“I had him in Spanish three years in a row, and from Day 1 to the last day, he never changed. He was always focused,” Ribiero said. “He never missed a homework assignment despite his sports schedule, and he never asked for an extension or for favors, even though I had been a family friend for a long time.”

Ribiero said Juceam would animatedly call him “Señor” and that he had a Pied-Piper quality with his classmates with his contagious energy.

“I was honored to be his educator. I know he is going to do good things for those around him and for himself.”

That mentality carried into athletics for Juceam, a two-sport standout at Sierra Canyon in soccer and cross country who was Sierra Canyon’s Co-Athlete of the Year as an eighth-grader.

Participating in cross country was a way for Juceam and his teammate to condition for soccer season. Yet Juceam helped Sierra Canyon earn its first trip to the CIF Southern Section finals.

“Jordan was without a doubt the ringleader,” Sierra Canyon cross country coach Troy Samuels said. “His soccer teammates were there because he was there. They showed up to 6 a.m. workouts because he did.

“And there was never any quit in Jordan. Almost every meet, you could see the anguish in his eyes around the two-mile mark, but he kept going.”

Juceam has produced a much more heralded soccer career, helping Sierra Canyon’s soccer team make the CIF Southern Section playoffs as a freshman and became the team’s Offensive Player of the Year as a sophomore.

“My confidence comes from the fact that I might not be the best player on the field, but I am going to outwork everyone out there,” Juceam said.

“I had a club coach tell me one time that I was not going to be good enough to start on his team. It was painful. I never wanted to hear that from a coach again. So I worked my (butt) off at the start of high school. I got a netted cage, goals, cones, I was training eight days a week.”

Juceam had two defining goals in his high school career.

Trailing Campbell Hall 1-0 late in the match, Juceam drew a foul in the penalty box.

“None of the seniors wanted to take the shot, so I stepped up to take it,” Juceam said. “I put the ball down, did my signature run up, the keeper went one way and I went the other.

“Usually you don’t get super excited about a tie, but we had never beaten Campbell Hall, so it was a historical moment.”

“That was crazy,” Juceam said. “When you do something like that for your school and the colors on your back, there is no other feeling.”

Juceam said everything he does is with his sister and brother in mind.

Therefore, Juceam said he does not take anything for granted.

“If I sit back and complain, I am not honoring the people that mean the most to me,” Juceam said.