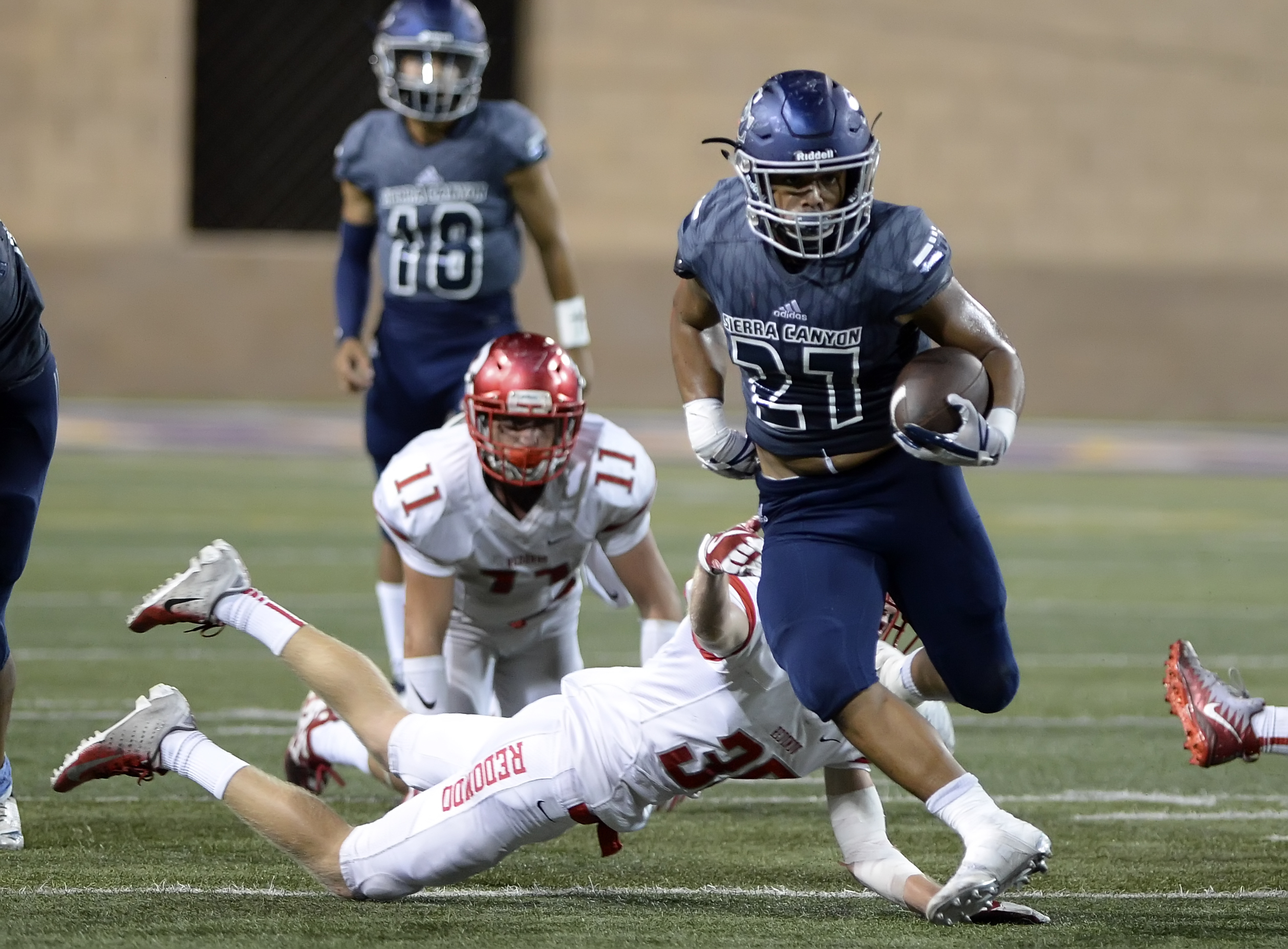 THOUSAND OAKS — The Sierra Canyon football team got off the floor Friday night and earned its first victory of the season after a 42-7 rout against Redondo Union in a nonleague game at Cal Lutheran Univ.

Chayden Peery, a sophomore quarterback, completed 21 of 30 passes for 265 yards and threw a pair of touchdown passes to Hunter Williams and Jake Staub to lead the Trailblazers (1-2).

After narrowly losing its first two games to Westlake and Lawndale, Sierra Canyon finally had a relatively easy one to navigate.

Peery found Wiliams from 15 yards out with 8:24 to go in the first quarter. Williams rushed for a one-yard touchdown with just under three minutes remaining in the first quarter and the Trailblazers took a 21-point lead into the locker room when Peery connected with Staub for an 8-yard score with just three seconds showing on the game clock.

It was just more of the same in the second half. Williams broke off a 23-yard touchdown run, tiny E.J. Gable ran one in from one-yard out and Brendon Gamble broke free for a 58-yard touchdown near the end of the third quarter.

The game was played with a running clock in the final 12 minutes.

The defense was spectacular forcing a three-and-out in the games first series and three more three-and-outs in the third quarter. Sierra Canyon also forced a turnover on downs.

The only score for the Sea Hawks (0-2) came when Lance Brugma scooped up a fumble and ran it back 37 yards for a touchdown in the fourth quarter when the second and third string players were in the game.

Gable and Williams combined to finish with 106 yards rushing on 15 carries.

A highlight came late in the game when backup quarterback Aaron “AG” Gutierrez connected with sophomore Shane McClendon for a 78-yard pass play nearly resulting in a touchdown.

Sierra Canyon rolled up 522 yards of offense. The Trailblazers take their act on the road next week at 7 p.m. against Valencia on Friday night.