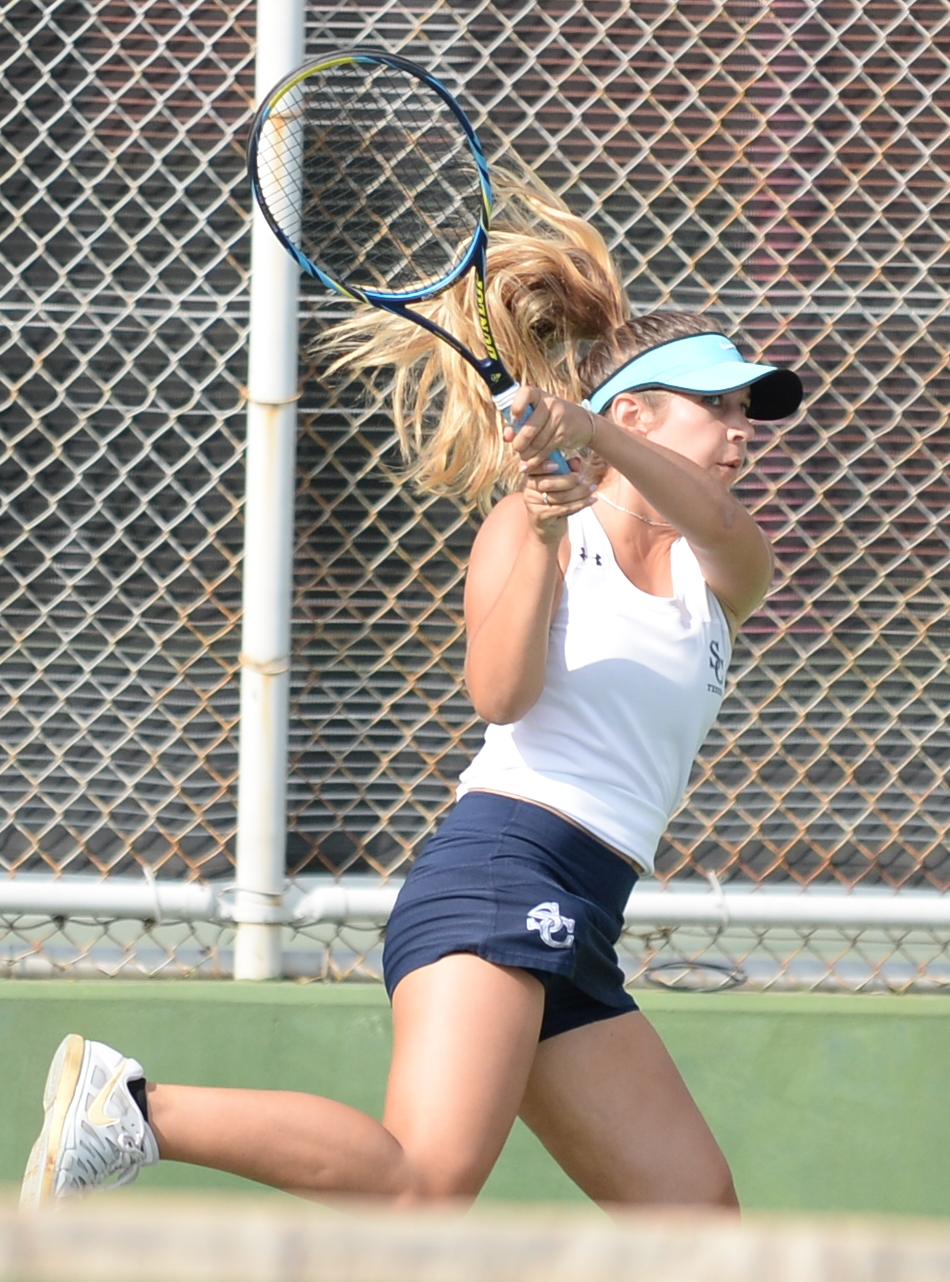 Girls Tennis Off To A Hot Start

The girls tennis program is once again off to a stellar start in 2019. After winning several early season matches last year that nearly resulted in the program’s first ever playoff appearance, Sierra Canyon is again on its way to a possible postseason spot.

Lily Tucker and Samantha Hariz have been very tough in singles play. Tucker swept her three sets in an 12-6 victory against Heritage Christian to open the season. Hariz swept as well while Frankie Moseley only dropped three games in her sweep.

The double tandem of Jessie Levy and Riley Tarnol won to sets.

A nonleague affair with Moorpark was much closer but the Trailblazers prevailed 9-9 (73-66 games).

Tucker only dropped one game in her singles sweep and Hariz only dropped three games in her second set of play.

The team improved to 4-0 after a forfeit victory against deToledo and a 10-8 victory Canyon of Canyon Country.

A big week is coming up with three matches on the docket. Monday at Notre Dame, hosting Thousand Oaks on Tuesday and traveling to Simi Valley on Wednesday.

Gold Coast League play begins Sept. 24 and the Trailblazers will have 10 league matches in a month span trying to qualify for the playoffs.