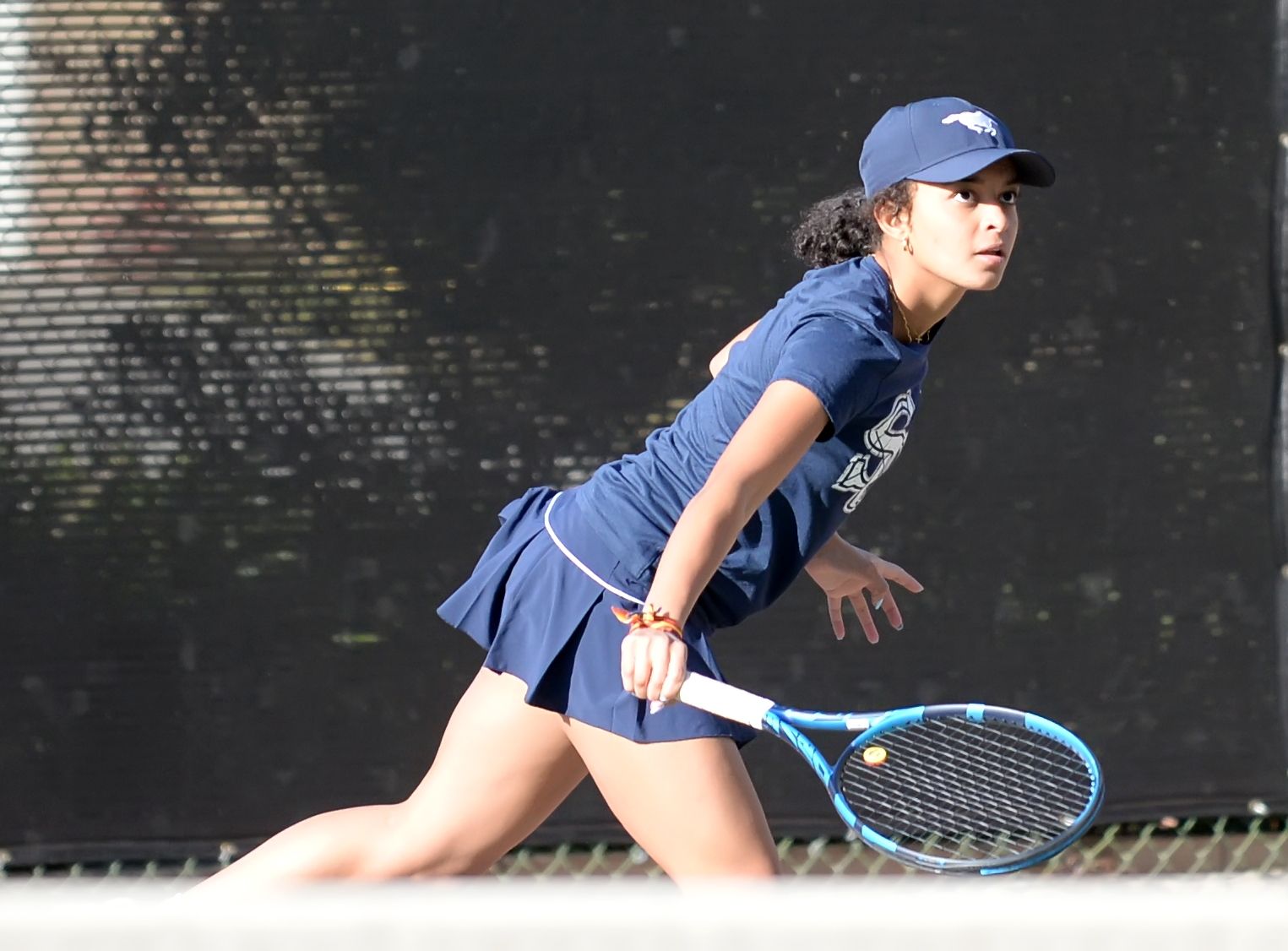 Like many tennis fans, Arthur Ashe has been a personal hero for Sierra Canyon girls tennis coach Rajeev Datt.

In fact, it was one of Ashe’s more famous quotes that resonated with Datt this season at Sierra Canyon.

“Start where you are. Use what you have. Do what you can,” Ashe famously proclaimed.

Sierra Canyon did just that in Datt’s first season.

Despite the challenges posed by the pandemic and a practice facility that boasted just two courts, Sierra Canyon enjoyed a breakthrough season.

Sierra Canyon recorded the program’s first winning season and had an individual player – Valeria Sanz-Jones – advance to the Gold Coast League finals and punch her ticket to the CIF Southern Section Individuals.

“This is the first step.” Datt said. “Personally I am over the moon. We have an administration that has backed the team the sport and the girls. The girls have shown incredible drive in wanting to improve.

“It’s who you surround yourself with, and we have the right support system here.”

Datt said he has a three-year plan to elevate Sierra Canyon to the same level as the Gold Coast League powerhouses Campbell Hall and Brentwood.

“In the same way our basketball and football teams are on a national scale, I want that for our program,” Datt said. “I want them to be like those dominant Stanford tennis teams. Or those USC teams under Peter Smith where they are winning left, right and center. Those are the goals.

“In three years, I want to own this league.”

Sierra Canyon finished with a 5-3 overall record and a 2-3 record in the cutthroat Gold Coast League.

In Gold Coast League play, Sierra Canyon topped Crossroads and Viewpoint, including a 10-8 thriller against Viewpoint.

“I did not tell the girls the score against Viewpoint during the match,” Datt said. “I wanted them to be more focused on the process than the results. The moment you tell them they are close, they get distracted. In Buddhism, they call it a monkey mind. That’s the thing that can sabotage it. So I tried to control the monkey mind.”

Sanz-Jones, a foreign-exchange student from Spain, finished the regular season with a 13-3 record. Then she avenged one of her regular-season losses to Windward with a 6-2, 6-3 victory in the Gold Coast League semifinals before falling to Campbell Hall’s Vanderbilt-bound Devin Morris in the final.

That qualified her for the CIF Individuals Tournament.

Initially Sanz-Jones was going to return to Spain on May 6. But now Sanz-Jones has qualified for the CIF Individuals Tournament at the Seal Beach Tennis Center on May 7, she might have to switch her travel plans.

“She did not expect to be in this position,” Datt said. “In her short time with Coach Carlos (Giancarlo Bertumen) and myself, she made pretty good progress.

“She is going to have to decide how serious she is about tennis this summer, whether she stays and works here and plays in tournaments or whether she goes back home. It’s definitely a good start for her.”

The doubles team of Peyton Gelfuso and Alyssa Abulaf combined for a 10-4 regular-season record and also represented Sierra Canyon at the Gold Coast League finals. They lost to a Crossroads team that combined the team’s top two talented singles players.

Datt said the doubles team of Chloe Barakat and Angelina Chiang proved to be a “formidable” duo.

Datt also heralded the progress of players like Mariyah Jamali, a sophomore who was able to snare one game against Crossroads’ vaunted singles core.

“The biggest thing is getting the players to believe that you as the coach believe in them, getting them to trust your decision making, your lineups, your advice,” Datt said. “The more they think you care, the more you can get through to them. And you can’t fake it. These kids will be able to tell.

“We did a lot better this year, and there’s still a lot of room for improvement. But what I try to instill upon them is to find what they did positively and focus on that.”

Datt said some of the biggest highlights this year involved food.

There was a postmatch California Pizza Kitchen stop, regular Robek’s Juice visits and homemade goodies made by the players.

“I want to build an atmosphere where they care about each other and they care about the team, and there’s no better way of doing that than with food and drink,” Datt said.