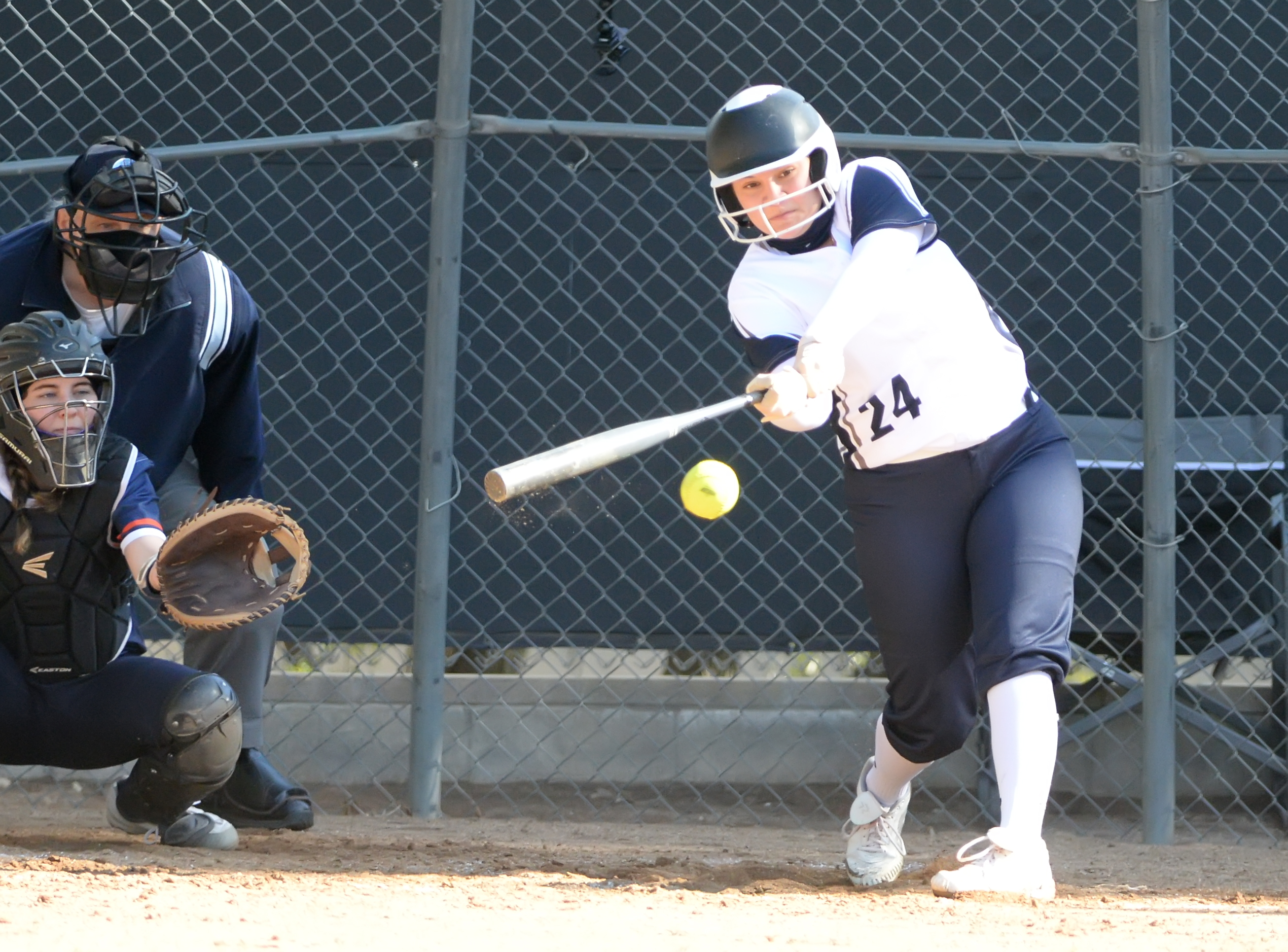 At the start of the pandemic, each Sierra Canyon softball player received a surprise package in the mail from Coach Regina Jorgensen.

Inside there were weight bands, a tennis ball and workout logs.

Jorgensen’s plan was to have the Sierra Canyon softball team meet up via Zoom video conferencing 3-4 times per week, checking in about workouts and building camaraderie during the most unique of times.

“Even when we were not together, we were together,” Jorgensen said.

Sierra Canyon was ready to deliver once competition was ready to resume, blazing to an  impressive 10-1 record, including a 5-0 start in the Gold Coast League. The Trailblazers have risen to No. 3 in the CIF Southern Section Division 3 rankings behind Ramona and Whittier Christian.

To think it started with some postage stamps and padded envelopes.

“That’s why we have looked like a team right away,” Jorgensen said. “We really worked together as a team. We had the workouts on a video so if they didn’t remember how to do it, they could watch it. We made it happen.”

Sierra Canyon has rattled off 10 consecutive victories since its season-opening loss to perennial power Oaks Christian.

There are the five Gold Coast League victories, including an imposing 6-0 shutout of recent rival Paraclete.

However two performances certainly stood out. There was a strong 5-3 victory over Granada Hills in which freshman Hailey Schuler homered and pitched a complete game and Sierra Canyon broke a 3-3 tie in the sixth inning.

The culmination was a 5-4 eight-inning victory over Louisville in which Amber Toven blasted a decisive two-run homer in the eighth inning.

“It was a bomb – it cleared the fence and cleared their snack shack,” Jorgensen said.

The Arizona-bound Toven is hitting .485 with three homers and 20 RBIs.

The Mulenberg College-bound Bergara has formed a potent 1-2 punch in the circle with Schuler, posting a 3-0 record with a 2.10 ERA, 23 strikeouts and nine walks in 16 2-3 innings while hitting .514 with a whopping 13 doubles.
Schneider has been steady behind the plate handling the pitching staff and provided timely hitting with a .286 average with six RBIs.

“These girls have taken their game to the next level because they do all the extra work,” Jorgensen said. “They never miss practice, they don’t have that sort of ‘senioritis,’ and they show the younger girls how it is done.

“These kids are close-knit. I’ve been here about six or seven years now, and this team is the tightest. They include everyone.”

The leadership from that trio has proven to be beneficial for a team that has had an influx of young talent.

Schuler and freshman catcher Lianna Lara have made an immediate impact.

Schuler is 1-0 and has recorded 25 strikeouts and just three walks in 22 2-3 innings. She is also hitting .500 with nine RBIs and five doubles.

Lara is hitting .375 and is finding a way into the lineup on a consistent basis.

“We have a young team, but Hailey and Lianna are seasoned travel ball players who have filled in nicely and complimented the team very well,” Jorgensen said. “They played on the same travel team, so coming into the same school, they had a sense of confidence already, and they are extremely coachable.”

Sophomore Khari Serve has also played well in the outfield and is batting .300 on the season.

Freshman outfielder Ava Debs has filled in at third base after her sister Madelaine Debs broke her leg and is hitting .290.

Sophomore Parker Whitfield has also done a nice job at second base and is also hitting .290.

“A lot of girls have a lot of responsibilities, and they have all stepped up,” Jorgensen said.

Sierra Canyon has a Gold Coast League matchup Thursday against Viewpoint and a nonleague game on Friday against St. Genevieve before a pivotal rematch at Paraclete on Tuesday, May 18.