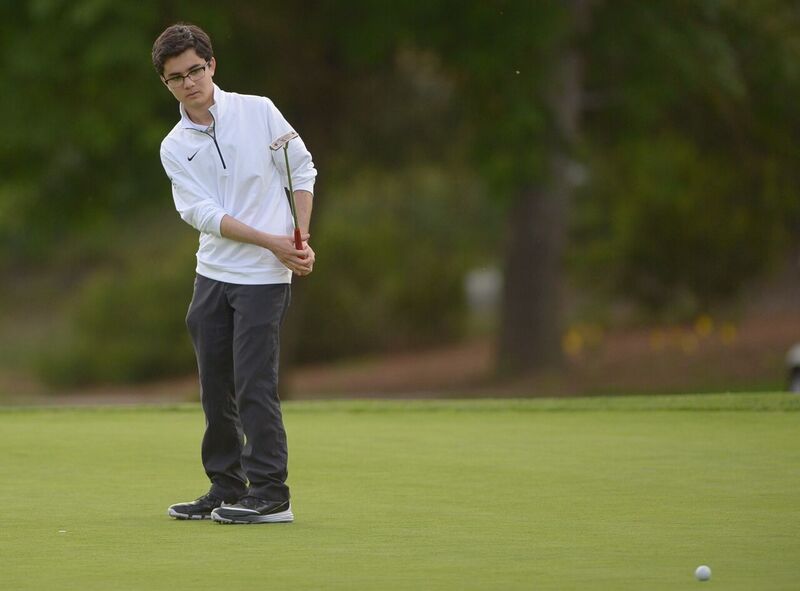 After winning their first match 207-208 against Windward, the team lost 228 – 218 to Viewpoint in their second match. Their next match is on March 21 at the Eagle Invitational.

“The first match went very well, we didn’t perform our best, but we still played really well. The lower end of our team, the positions 4-6 are not slacking like they were last year. Also, the players on our team are more intrigued and interested in golf than last years. Last year, we were struggling to get even 5 players to play a match and now we have to have tryouts to see who will play the next week. Overall, I feel like the team has improved greatly,” Luke Winfield (‘18) said.

After winning only two matches out of ten last year, the team has already won half of those this year. They are making progress towards becoming a better team and improving.

“Our Golf team has a lot of good players this year, and I truly believe we could win CIF! We have the Chitty brothers (‘19) and Antonio Defrank (‘19) who are exceptional golfers. The team wasn’t able to score as low of a score as other schools such as Viewpoint, Windward, Paraclete Etc. Now, we have the determination and skill to win. It’s Nicolas Defrank’s (‘16) last year since he is a senior so we want to win,” Kyle Kanter (‘17) said.

The two newest members of the golf team are twins Charles Chitty (‘19) and Christian Chitty (‘19) who are vital additions to this year’s roster.

“The first win definitely gets the team pumped up and wanting to play more. It gives us great momentum knowing that we can win against one of the best teams from last year,” Winfield said.

Although the team was able to get its first victory, work still has to be done for them to continue to find success throughout the year.

“For us to continue winning, we have to work as a team, but play as individuals. It’s complicated, but if our team chemistry is good and we all encourage each other out there, good things will happen,” Winfield said.

Last year Winfield was able to make it to CIF, and is working towards having repeat success this year.

“If I continue to play to the best of my abilities and be the best that I can be on my off days, I can win. I just have to have a positive mindset out there and not get ahead of myself. Hopefully this year will be better than last year!” Winfield said.