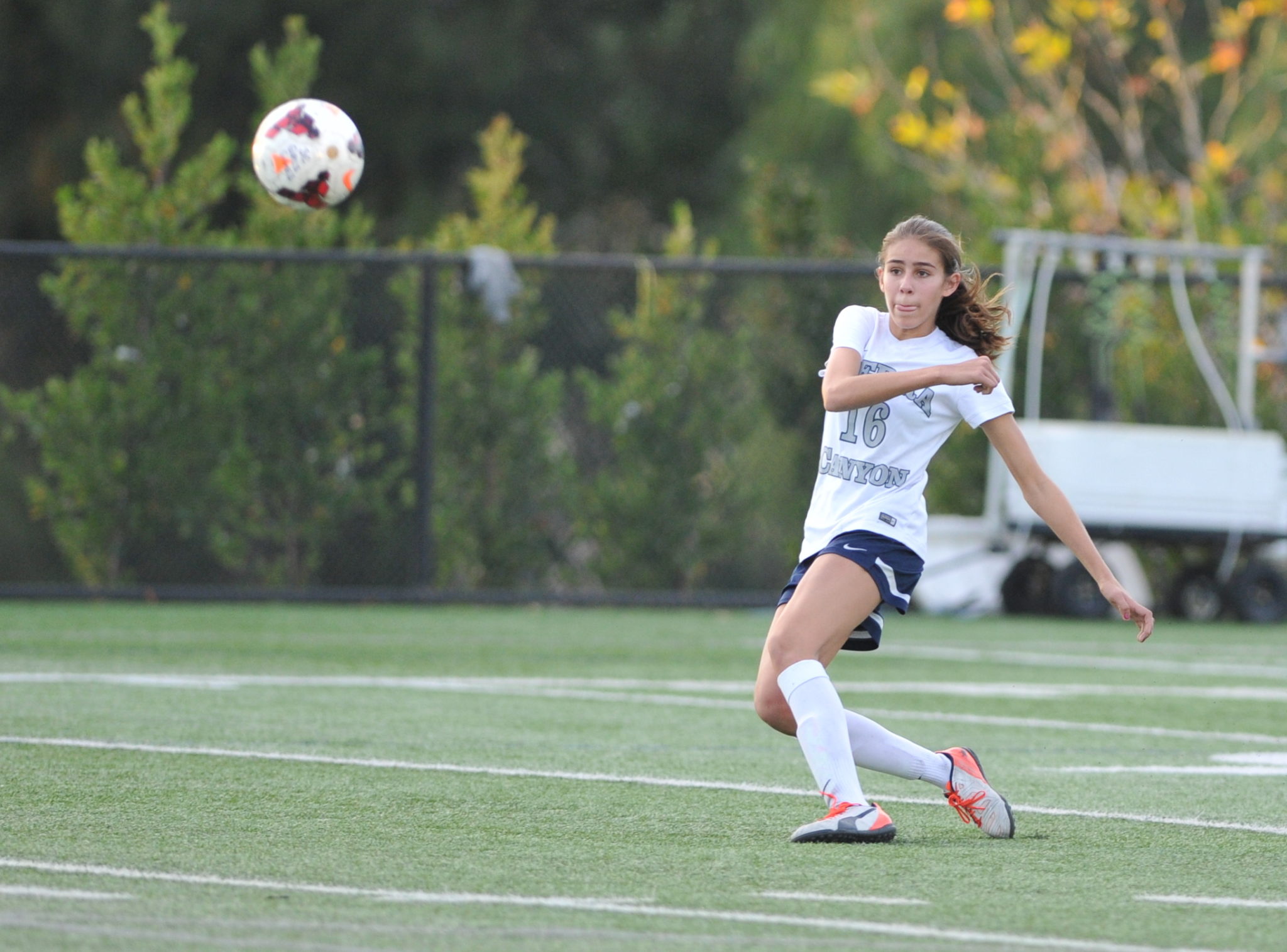 “I think the soccer season went great considering what we had to overcome. We dealt with a lot of injury and sickness and still got through that. Individually I think I did my best. Our best effort was given so I’m very proud of everyone.” Brianna Davis (‘18) said.

Finishing the season with a league title but fell short from reaching their goal of defending their CIF championship from last year.

Playing 1116 minutes, freshman Jessica Fitzwilliam (‘19) finishes her first season with 72 saves and only had 5 goals scored against her. Defensive players Bailey Hobson (‘16), Brianna Myrick (‘19), Bobbie Golik (‘19), and Brooke Golik (‘18) held the other team’s offense having only 10 goals scored against the team all year while in total, the girls scored 59 goals.

“I’m never nervous playing because I have a really great back row, the whole soccer team is amazing, and they are always there to support me. To have a lot of great players on the field and a team to go to makes me feel really comfortable. I love everyone on the team, they are all really good. I want to say thanks to Brianna Myrick for being one of the most supportive teammates on the field and Bailey Hobson who is an amazing leader. I really love my teammates!” Jessica Fitzwilliam (‘19) said.