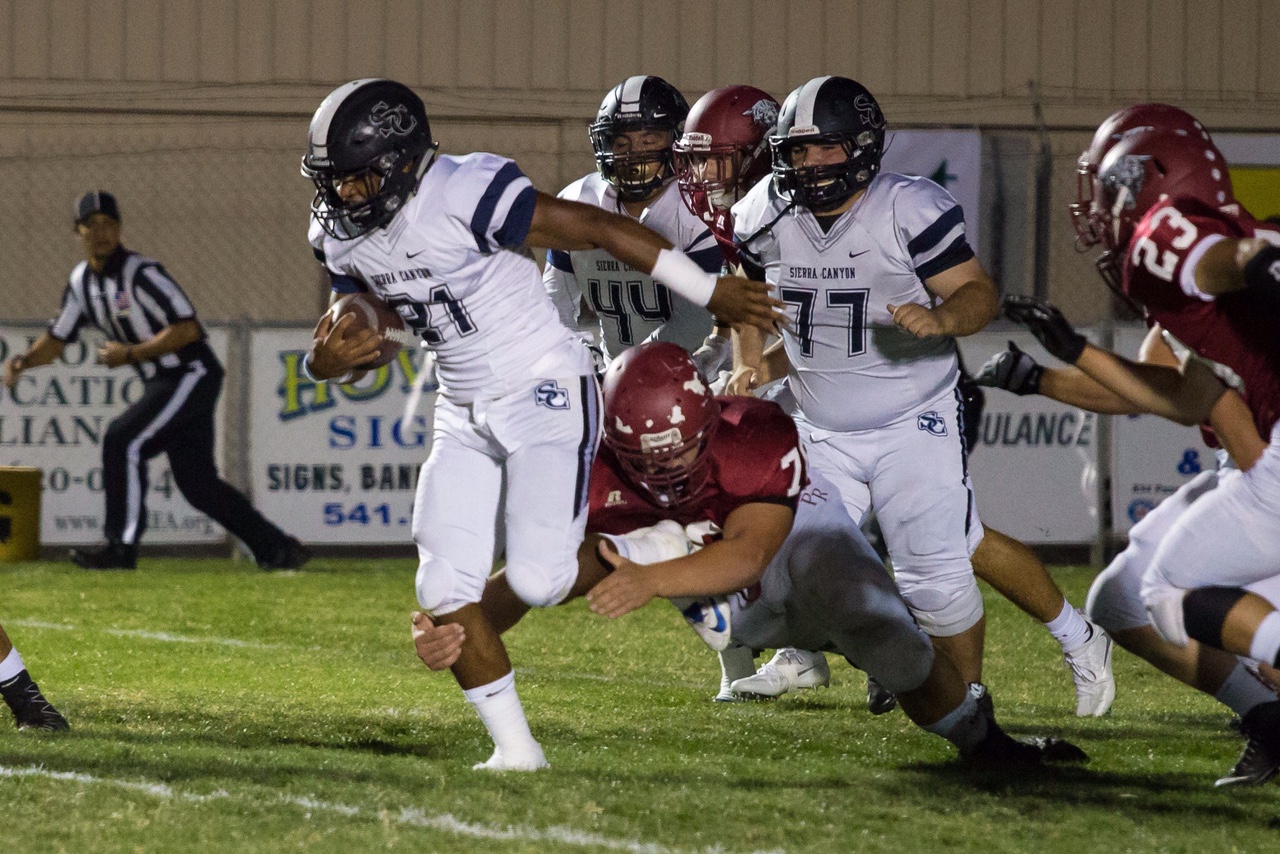 This past Friday night, two undefeated teams, the Sierra Canyon Trailblazers (6-0) faced off against Paso Robles (5-0) in the final non-league game of the season.  The Trailblazers got the early jump, scoring five touchdowns on the team’s first five possessions and took a 35-14 lead heading into halftime.  Paso Robles did not back down and cut the lead to 43-36 with under four minutes to play.  Sophomore quarterback Johnny Hawkins led the team on the final drive which was capped off by Bobby Cole’s third rushing touchdown of the game.  Cole rushed for 228 yards on 29 carries and showed his dominance in the open field.

The Trailblazers now head into the Gold Coast League portion of their schedule with games against Viewpoint and Brentwood.