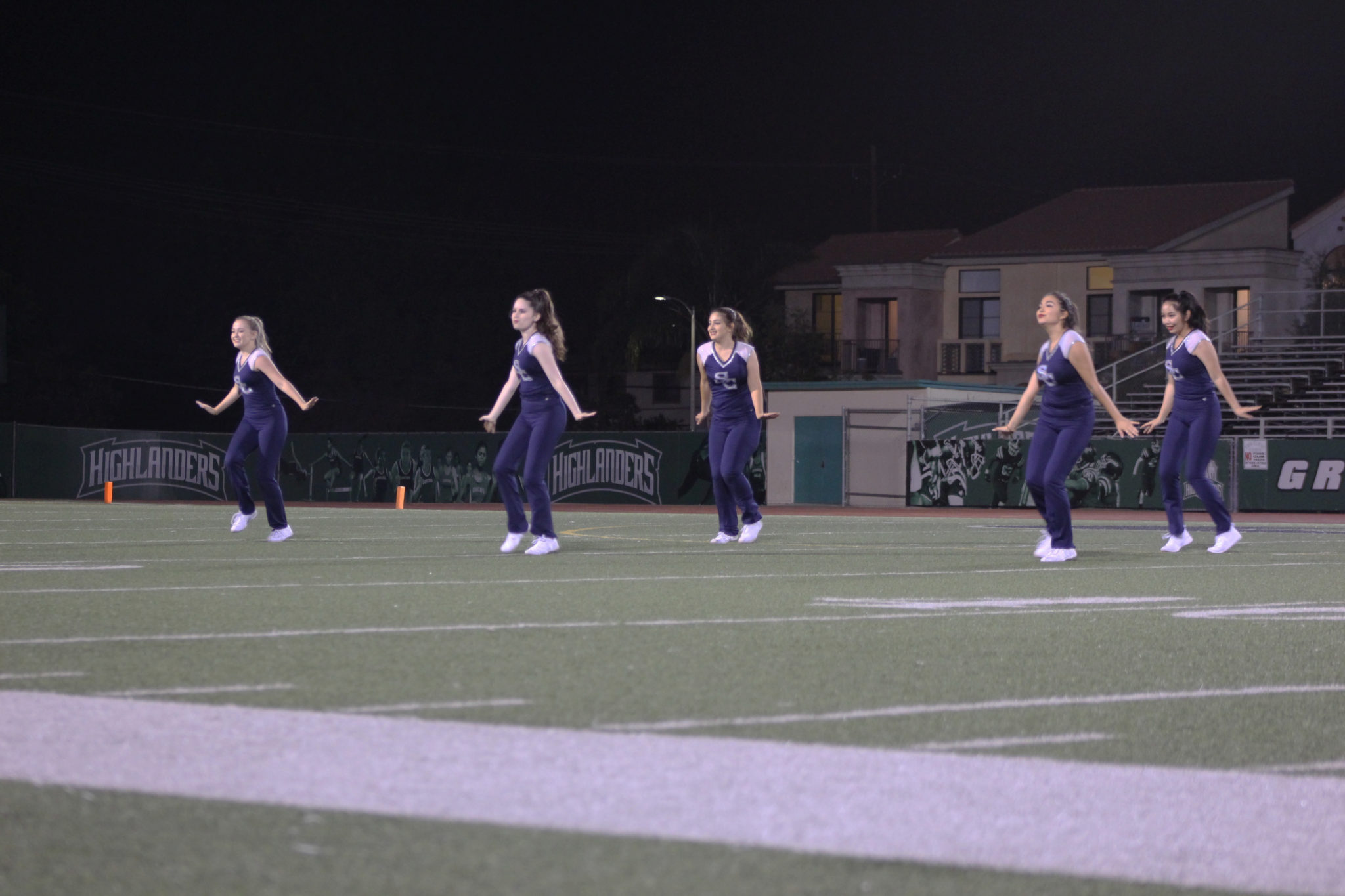 By Alyssa Nunez, “The Standard”

The dance team is coming out strong this year with a whole new perspective for having a new dance coach Tania Possick starting her debut as new dance coach.

“I actually have a student, Caroline Zaelke (‘18), she has been taking classes from me for a long time at a place called California Dance Academy. I talked to her mom and her mom was telling me that there was a position for a dance coach so I came in and talked to Rock Pillsbury,” Possick said.

Possick was already familiar with the school because she has been teaching dance to Zaelke for four years and is still attending dance class with her now inside and outside of school.

This is not the first time Possick has taught high school dance before, she taught at Santa Susana High School. The type of dance she taught was slightly different than what she is teaching here at Sierra. There is a difference between the type of coaching from one high school to another.

“I find that it’s a different type of dance because I did choreography there for show choir and that was part of their curriculum. This is an outside sport and I found that the kids are a lot more dedicated, we’re here at six in the morning rehearsing and on Saturdays rehearsing, and if we have extra rehearsals it extra time. The facilities are really great, the administration is really great, there a lot of people on top of their game here. It’s really nice and refreshing because you don’t find that everywhere and everyone seems to care about what their doing. Which you aspire to be apart of, I think,” Possick said.

Possick has been teaching dance for probably around 15 years or so. Besides dance, she also has other hobbies that she does outside of the studio.

“I do voice over work which is sort of part of my career that I sort of split with dance. I do that often. I’m kind of a foodie, so I’m always into trying new foods and I use to have a separate club myself and I use to cook a lot. I like cooking food in general,” Possick said.

There are a lot of goals towards growing the team. The team is currently only at seven members, but Julia Trites (‘17) is out with a knee injury and could potentially be out for the entire season, depending on her recovery.

“I’m hoping to really grow the team first of all, I think we’re up to seven members right now. It’s something that I would like it to be a goal to have more exposure so a lot of kids coming in from the middle school join next year or at least the end of this year. Really get the girls in shape to be performing large repertoire of dances, not just a couple here and there. But really to grow the team and make sure they’re as good as any other sports or athletic teams. I think something that the girls look forward to and I look forward to and I just feel like, I don’t know I would really like to see a strong team this year,” Possick said.

All the routines this year will be new. This is more of a rebuilding year of building and creating multiple dances, so that there isn’t only one routine throughout the year.

“ I think we learned about seven dances at camp over the summer. At least seven, but I’m wanting to do some special halloween stuff and some spring stuff. Whatever we can really anything we’re able to fit in. We’re gonna really go for it this year, that’s why they gotta be in shape. We got a lot of things to do,” Possick said.

Along with implementing new routines, Possick wants to change the culture surrounding dance as a whole. Also, she wants the school to be able to see all that the dance team can offer and not the same routine over and over again.

“I think in general, in regards to dance team, I really like everyone to see dance as a sport. A lot of people think dance is just like its cute, its entertaining, but they don’t understand the amount of time put into it. From the choreography, that takes a lot of time to come up with, to teaching and if there’s new kids that come in you have to reteach. Getting everyone in formation and then adding all these other tricks, Not only that but the athleticism behind it, you have to train and learn how to do things. A lot of the girls haven’t taken much dance before, there having to start with a whole new vocabulary, like learning a whole new language. Its full body involvement, it’s not just the way you speak and all these terms you have to learn, but it’s a lot of getting into shape and a lot of time. For me that’s part of the fun of coaching, seeing where you started and where we end by the end of the year. I would just like the let everyone know that we’re working hard over here and that we’d love to have more members,” Possick said.