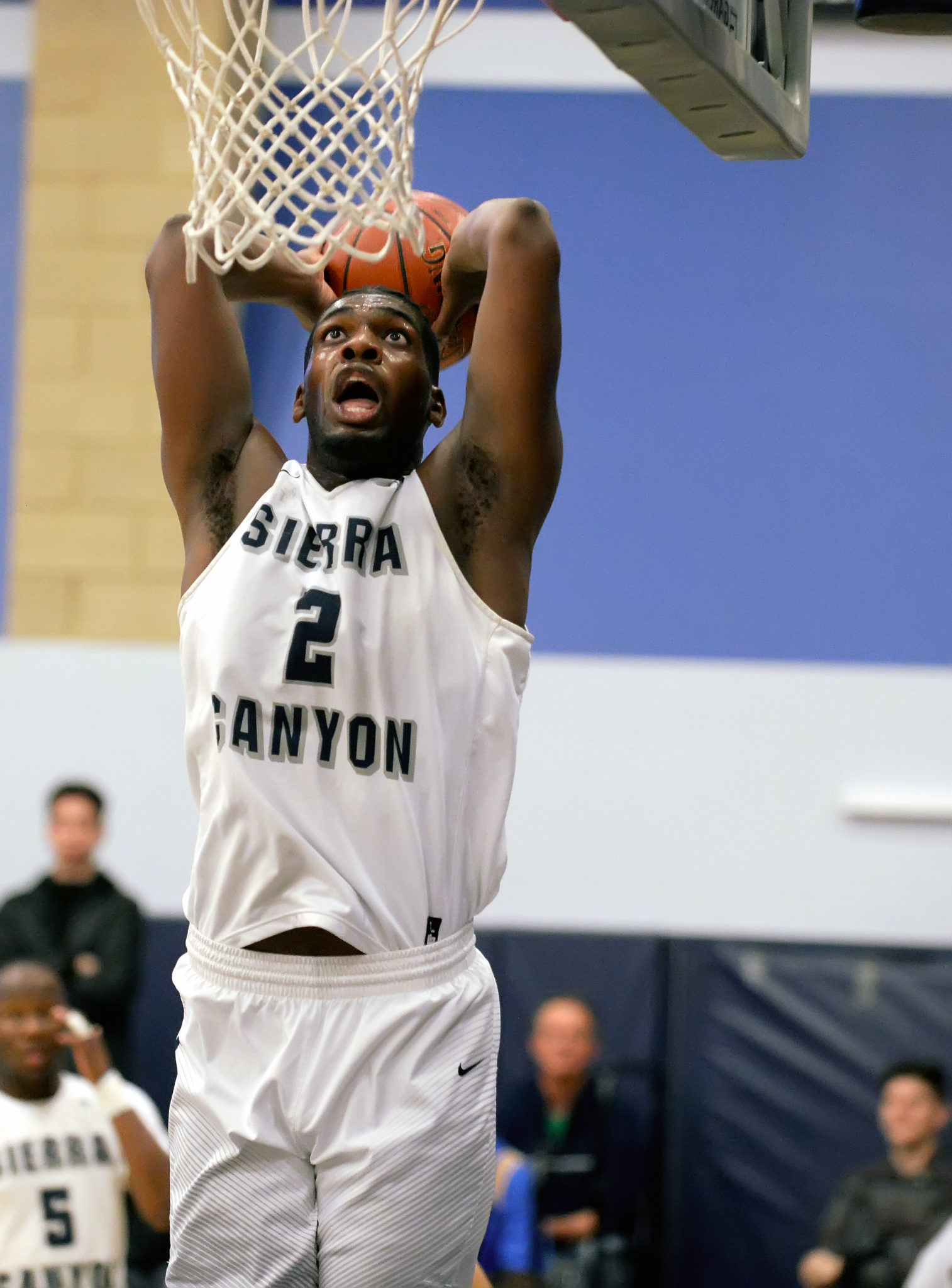 No. 1 team falls below expectations

By Tej Bhasin, The Standard

The boys basketball team, previously ranked No.1 in the nation by Maxpreps, lost 70-63 in the CIF Southern Section Open Division semifinals against No. 9 Bishop Montgomery, knocking them out of contention for the Open Division title. Now, the team will begin competing for the state championship, where they could have the opportunity to avenge their loss and still hang up a banner.

“It’s all about how we started the game. We couldn’t hit shots early and we let them get up big in the first quarter (20-4 at one point) so we were fighting to get backing into it for the majority of the game,” Michael Feinberg (‘18) said.

The CIF Southern Section included four of the top 10 teams in the country, according to Maxpreps, so the path to the championship was a difficult one.             “We’re definitely looking forward to playing against really good teams. We think we have one of the best teams in the country and we can compete with anyone. We want to be the best, but to do that you have to play the best,” Feinberg said.

In the first round of playoffs the team beat Heritage Christian in a 99-93 thriller. With just 1:35 minutes remaining in the fourth quarter, the team was losing 91-90. The team would make eight out of 12 free throws to win and advance. Cody Riley (‘17) led the team in scoring with 34 points, and Marvin Bagley III (‘18) added 28 points to help the team advance to the next round against Damien.

“If we shot free throws like that against Nathan Hale, we would have had a much better shot winning that game. We always talk about free throws. And our free throws down the stretch were big,” Head Coach Ty Nichols told the Daily News.

In the Nike Extravaganza Tournament, Bagley scored 43 points to set a tournament record against Bishop Gorman in a 98-72 win.

“I give my best to my teammates for finding me when they did. We played together, made the extra pass, and sometimes the ball came to me, and I happened to put it in the basket,” Bagley said.

“Winning league was awesome. The student section was crazy, and we really felt that the fans helped pull us through. It is really cool getting to add to the banners in the gym and knowing that we are league champions,” Remy Martin (’17) said.