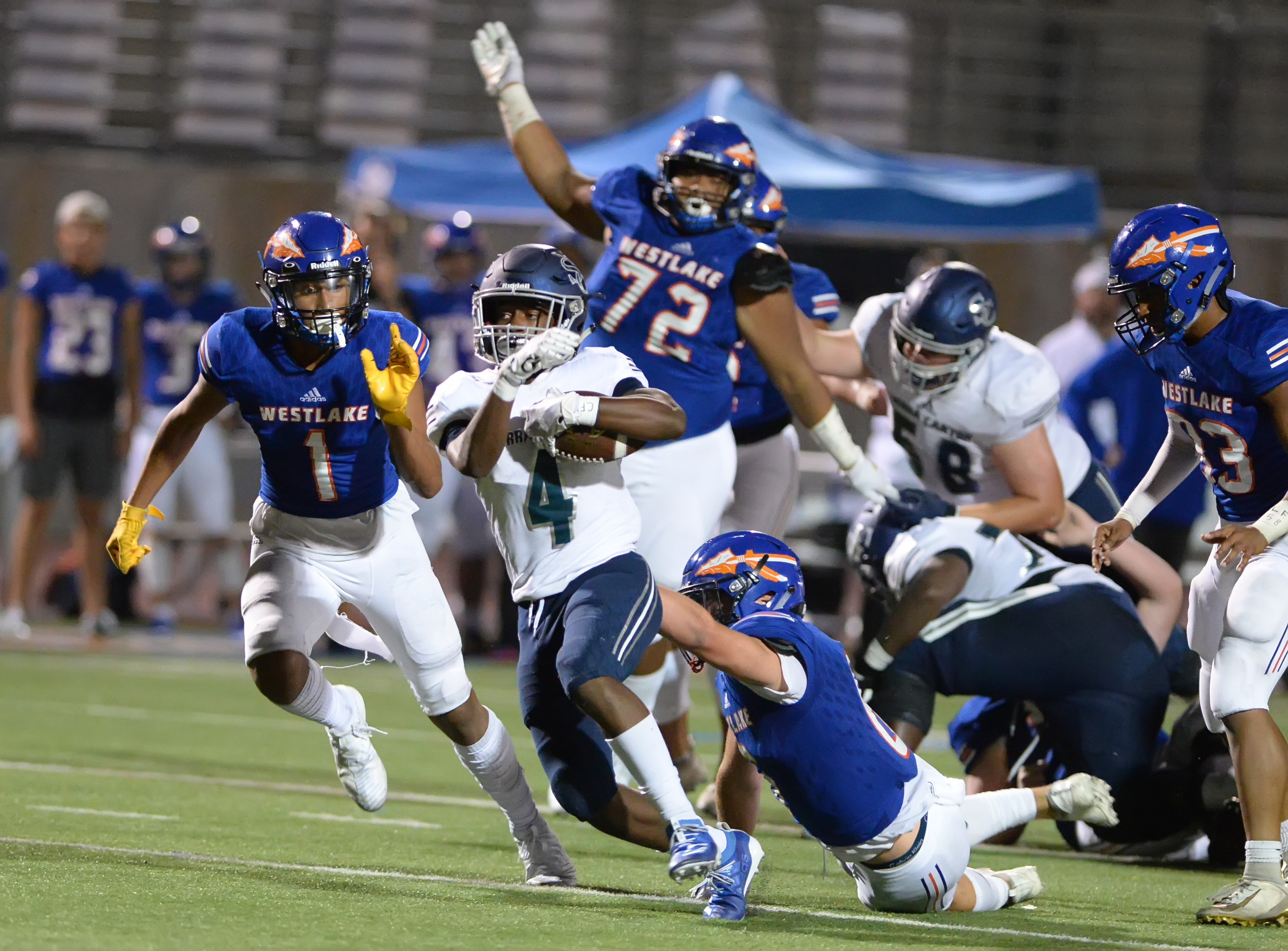 WESTLAKE VILLAGE — The third time was the charm for the Sierra Canyon football team. After losing to Westlake in 2017 and in a thriller in 2018, Sierra Canyon finally turned the tables on the Warriors for a 26-7 victory in a nonleague season opener Friday night.

“That’s a great program we just beat and one we have a lot of respect for,” Sierra Canyon coach Jon Ellinghouse said. “It’s nice to get the win. We came up short a couple times. We kept at it and kept getting better. It was our turn tonight.”

A close game for the first 24 minutes turned into a lopsided affair in the second half. Clinging to a 3-0 lead, J.D. Sumlin took over in the third quarter. Sumlin carried six times for 75 yards and found the end zone on a 12-yard run on the first drive of the second half. The touchdown gave the Trailblazers a 10-0 lead and more importantly set the tone for the half.

“I just followed my linemen and they did a good job blocking,” Sumlin said. “We played with fire. We just kept going.”

Sumlin finished with 159 yards on 12 carries and two scores. Sumlin led seven ball carries who rushed for 282 yards on 35 carries. Most of the damage came in the second half. A welcomed bright spot was sophomore Jason Jones, Jr., who gained 48 yards on six carries. Jones an emerging two-way threat at linebacker. “It’s the first time we have ever beaten Westlake and we are going to enjoy it,” Peery said. “I have a lot of friends over there. It’s good to beat them.

The only score for the Warriors came when Dane Reed scored a from a yard out to trim a 20-point deficit.

Sierra Canyon’s defense was led by Oliver Hanlon and D’Shawn Jones. Each had one interception. A player to watch is sophomore Deshun Harris who had several tackles for loss.