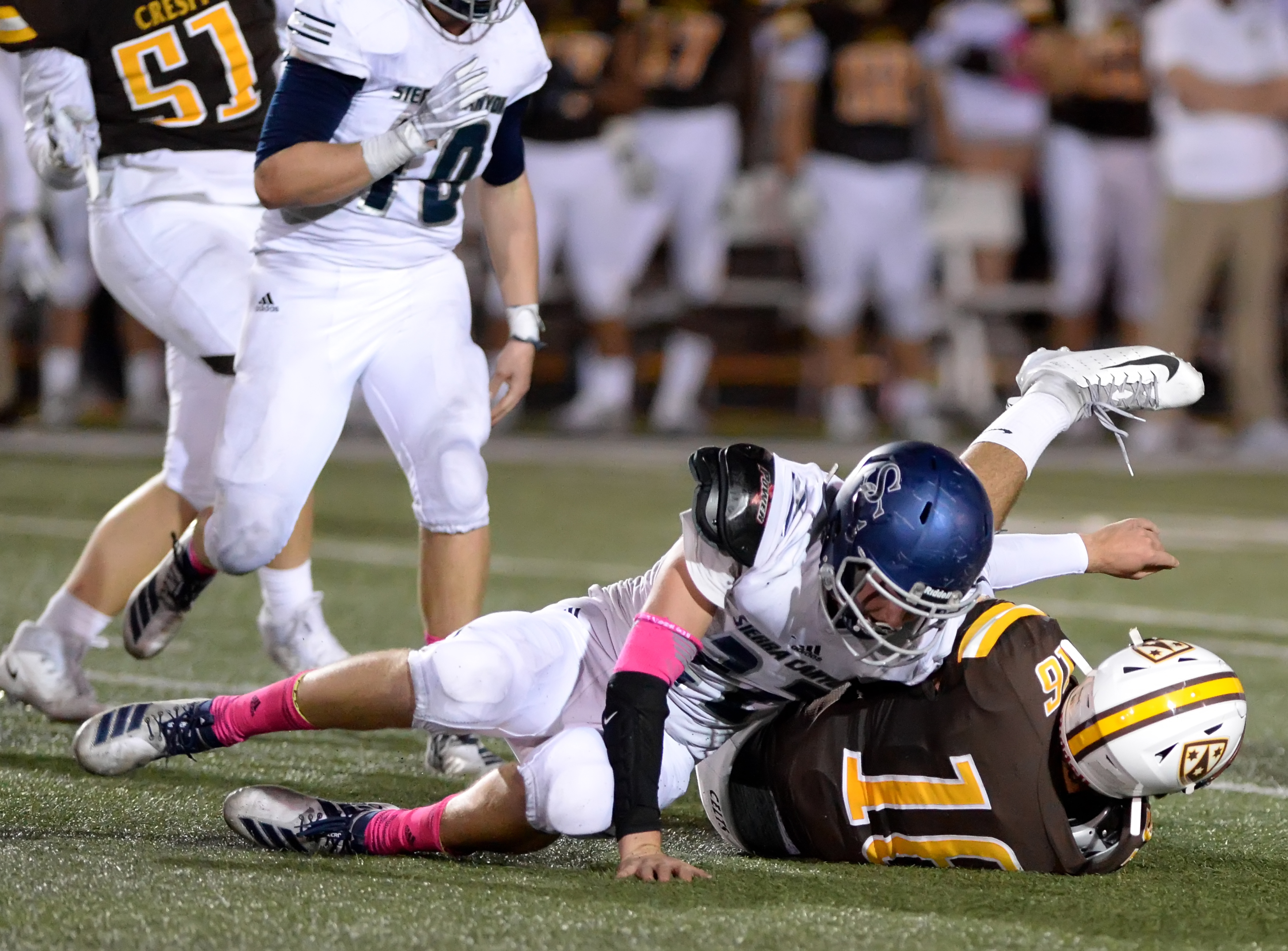 The Sierra Canyon football team is in good shape heading into its bye week. The Trailblazers are 6-1, with the only blemish a week 2 setback against Oaks Christian. The Trailblazers surrendered two fourth quarter touchdowns after leading most of the way.

Sierra Canyon is getting contributions from everybody in a huge team effort this year. Chayden Peery, Donovan Williams, Terrell Long, Zach Thannum, Josh Bryan and Amari Powell have made contributions and explosive plays.

The defense has been outstanding allowing 10 points in its last eight quarters. Major kudos to defensive coaches Mark Serve, Chris Rizzo, Mike Gonzaga and Alex Rosenblum among others. Things are only getting better with the recent eligibility of Antelope Valley-transfer Reggie Jones and brothers Gavin and Jake Quiroz (Alemany).

A week is off is just what the doctor ordered. Sierra Canyon gets extra time to rest, recover, and get the new guys more practice time, so they don’t miss a beat.

There are only three games left in the regular season. Sierra Canyon will host San Pedro before two road games at Grace Brethren and the Gold Coast League championship game against Paraclete in the High Desert.

Buckle up and get ready. It’s going to be a wild three weeks.