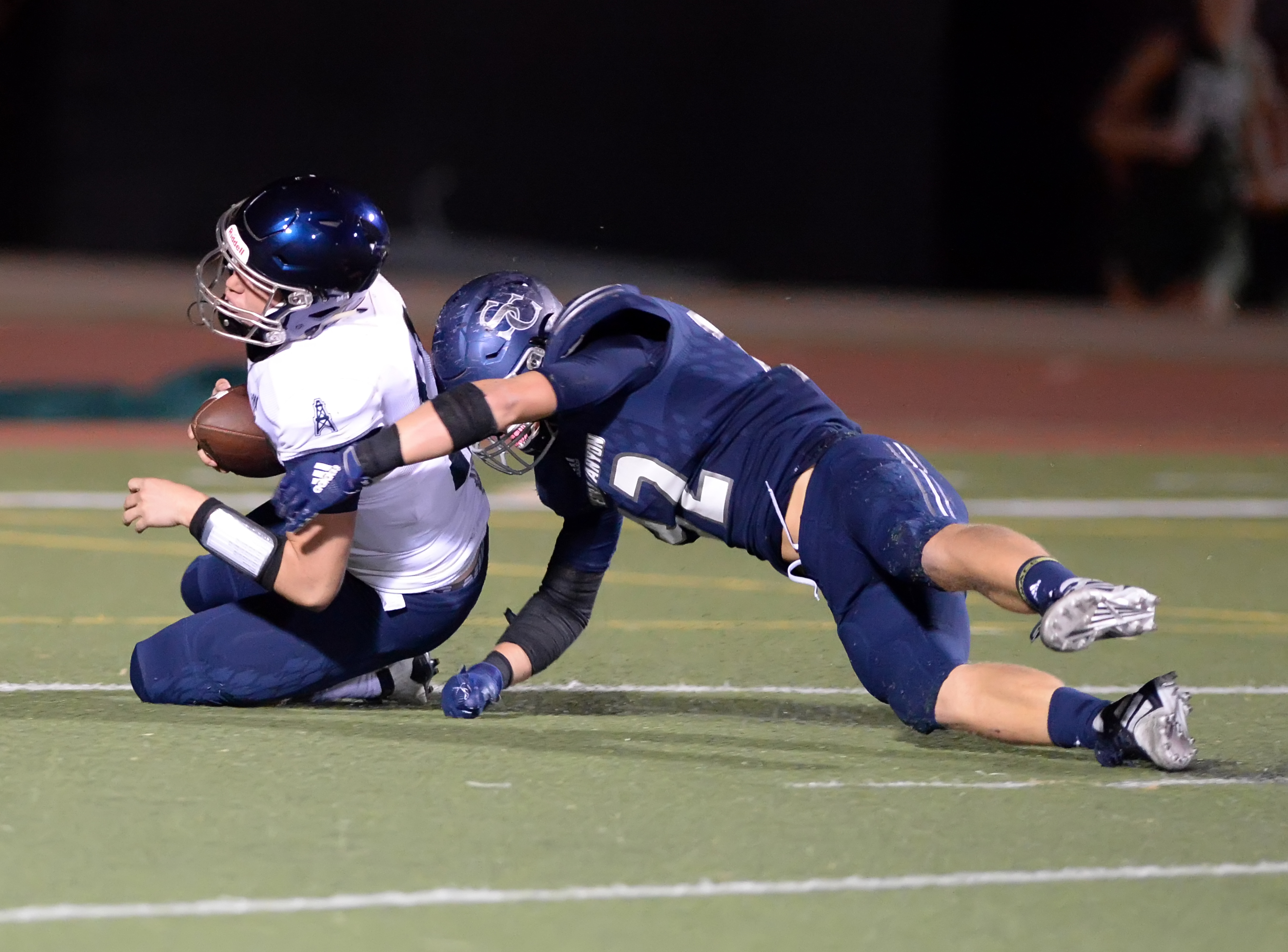 The Sierra Canyon football team received one of its most balanced attacks this year in a 31-10 intersectional nonleague victory against Bakersfield on Homecoming Friday night at Granada Hills High School.

Chayden Peery, a junior quarterback getting more and more comfortable each week completed 18 of 25 passes for 192 yards and two touchdowns to lead the Trailblazers (5-1). Peery got Sierra Canyon rolling less than four minutes into the contes with an 8-yard scoring strike to Donovan Williams.

“Chayden is our guy back there and making good reads and throws. We trust him to lead us and get us going.”

Peery had help opening up the field with a solid running game. Jason Jones, Jr., J.D. “Quatro” Sumlin, Brendon Gamble and Hunter Williams combined to rush for 149 yards on 27 carries. Jones rushed for a 29-yard TD and Sumlin found paydirt from seven yards out near the end of the first quarter to break a 7-7 tie.

Harvey finished with nine receptions for 80 yards. WIlliams had 69 yards on five catches.

Wesley Wilson gained 104 yards on 17 carries to lead Bakersfield. The only touchdown for the Drillers came when Richard Easterwood connected with D.J. Adams for a 19-yard TD set up by a Sierra Canyon turnover.

Sierra Canyon won its third consecutive game and is making a strong case for a Division 1 playoff berth provided it wins its final four regular season games. That task won’t be easy with Crespi, San Pedro, Grace Brethren and Paraclete all left on the schedule.

The Trailblazers will get a boostthe rest of the way from the eligibility of Antelope Valley-transfer Reggie Jones and brothers Gavin and Jake Quiroz, who both transferred in from Alemany. All three were sit-out period players.