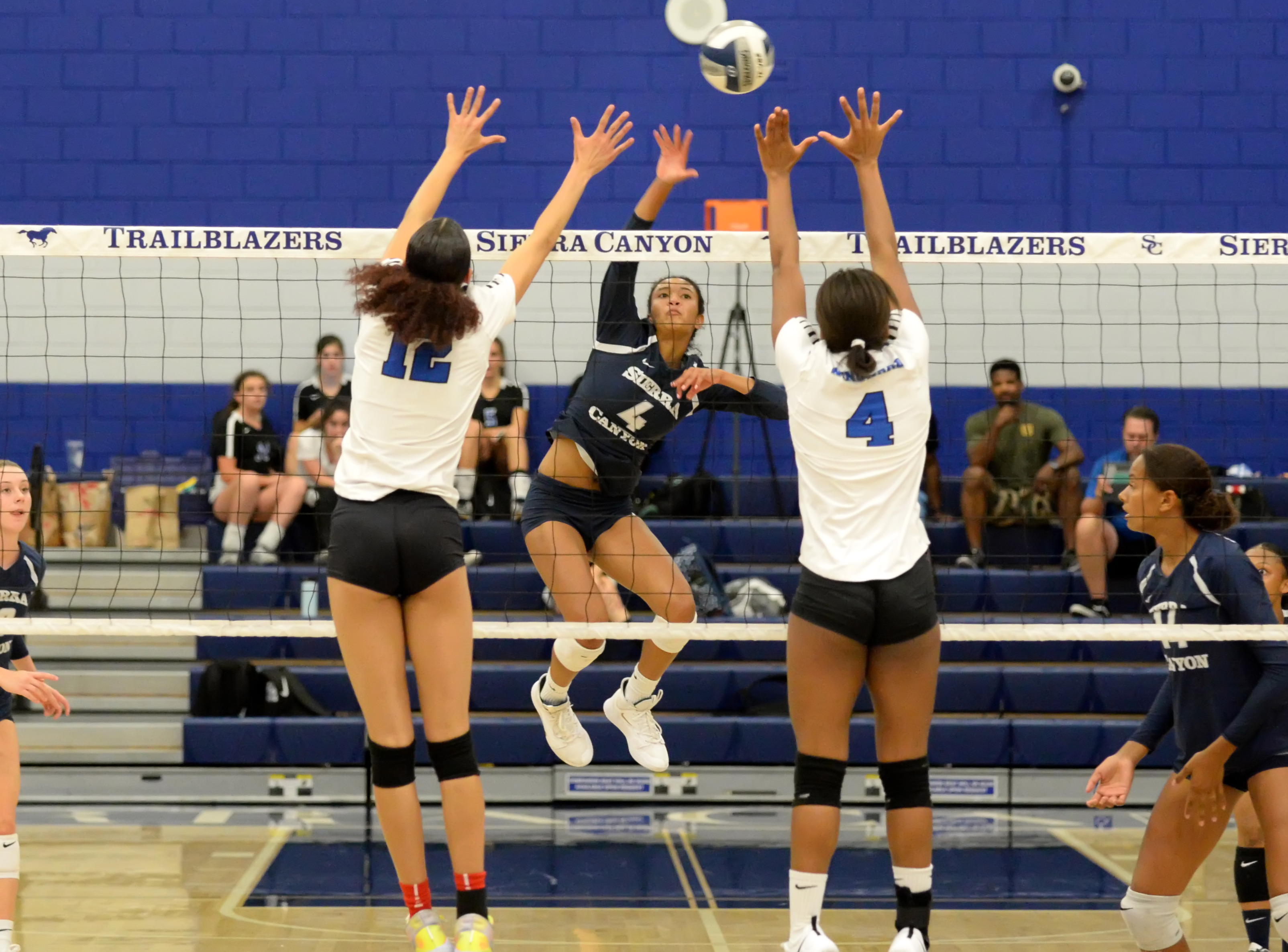 Sierra Canyon will get another chance to reach the championship match when it takes on top-seeded Redondo (35-3) at 6 p.m. Saturday in the South Bay.

Redondo is ranked No. 10 in the country and has several Div. 1 recruits.

“Another great challenge for our program,” Sierra Canyon coach Stefanie Wigfall said. “We have some experience now. Last year was completely new to us. We know more now. We need to execute.”

Sierra Canyon had only one hiccup, albeit a troubling one it cannot afford Saturday. After looking good in the first set win, Sierra Canyon (34-2) let its guard down and was dominated in the second set, scoring only seven points. Foothill raced out to a 10-1 lead that grew to 17-3 and 21-5.

“That was just like forget about it and move on to the third set,” Wigfall said. “We don’t want that to happen, but you just have to move on.”

There was a tiny sense of worry in the all-important third set when Foothill took a 4-1 lead and had momentum. However, Sierra Canyon responded with a 7-1 run, went on to win the set and closed it out in the fourth. Simpson had consecutive aces on balls that clipped the net.

“Jaida stepped up and performed,” Wigfall said. “We run stuff for her and she came through. She has been consistent all year.”