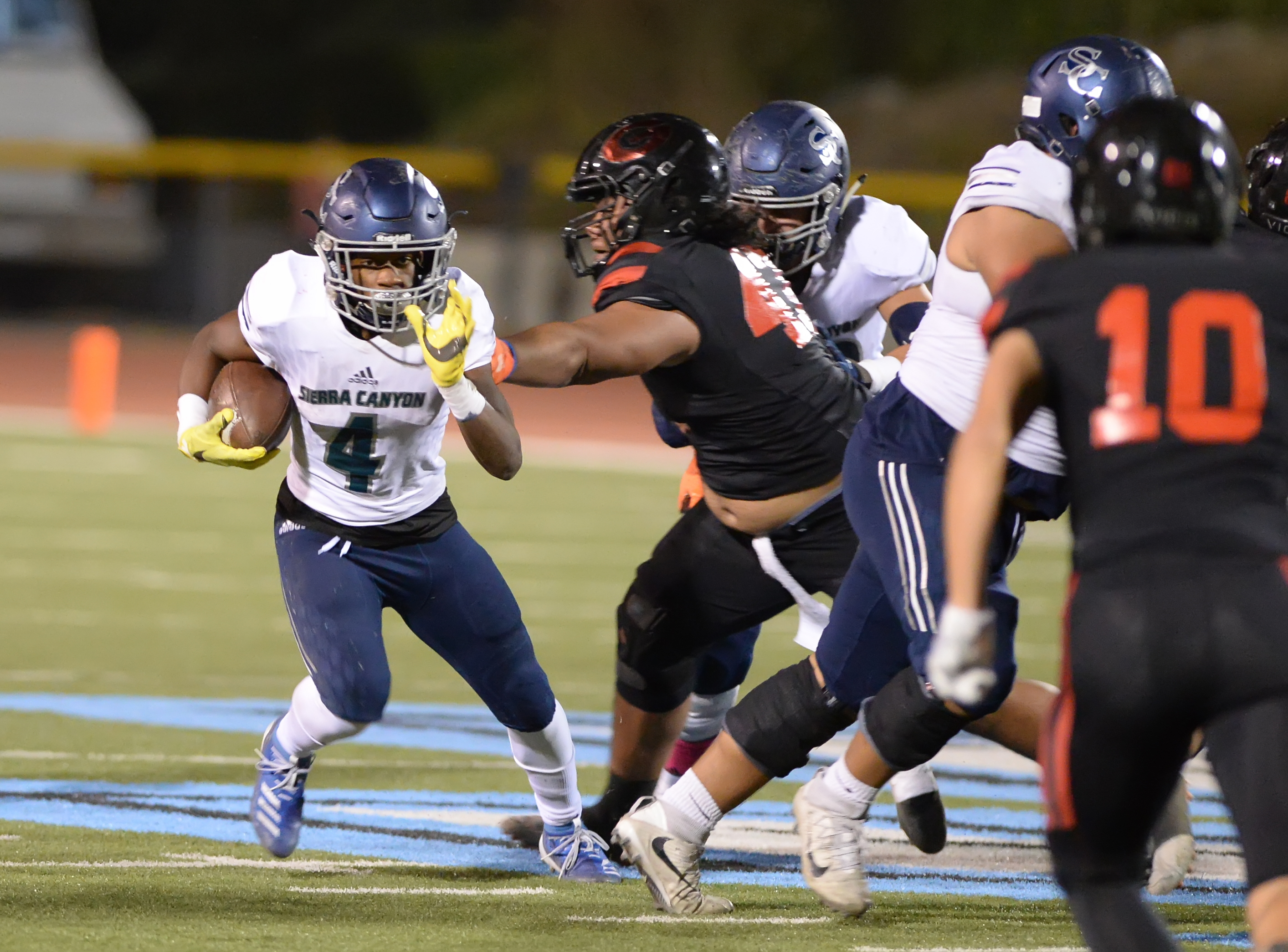 The Sierra Canyon football team did something no other team could do in eight attempts to Grace Brethren. The Trailblazers knocked off the highly-regarded Lancers 13-7 at Moorpark College Friday.

With the victory, the Trailblazers then became the areas top-ranked team for the first time in school history.

Chayden Peery was outstanding completing 24 of 37 for 307 yards, including a 48-yard touchdown pass to Harvey for what ended up being the winning score early in the fourth quarter.

“Chayden has been great these last few weeks,” Ellinghouse said. “The offense has really been coming along. We might not have scored a ton of points, but we are moving the ball well.”

Sierra Canyon got on the board first when sophomore tailback Jason Jones, Jr. scored from 32 yards out to give the Trailblazers a 7-0 lead. Jones finished with 41 yards on six carries in a game where rushing yards were very hard to come by for both teams.