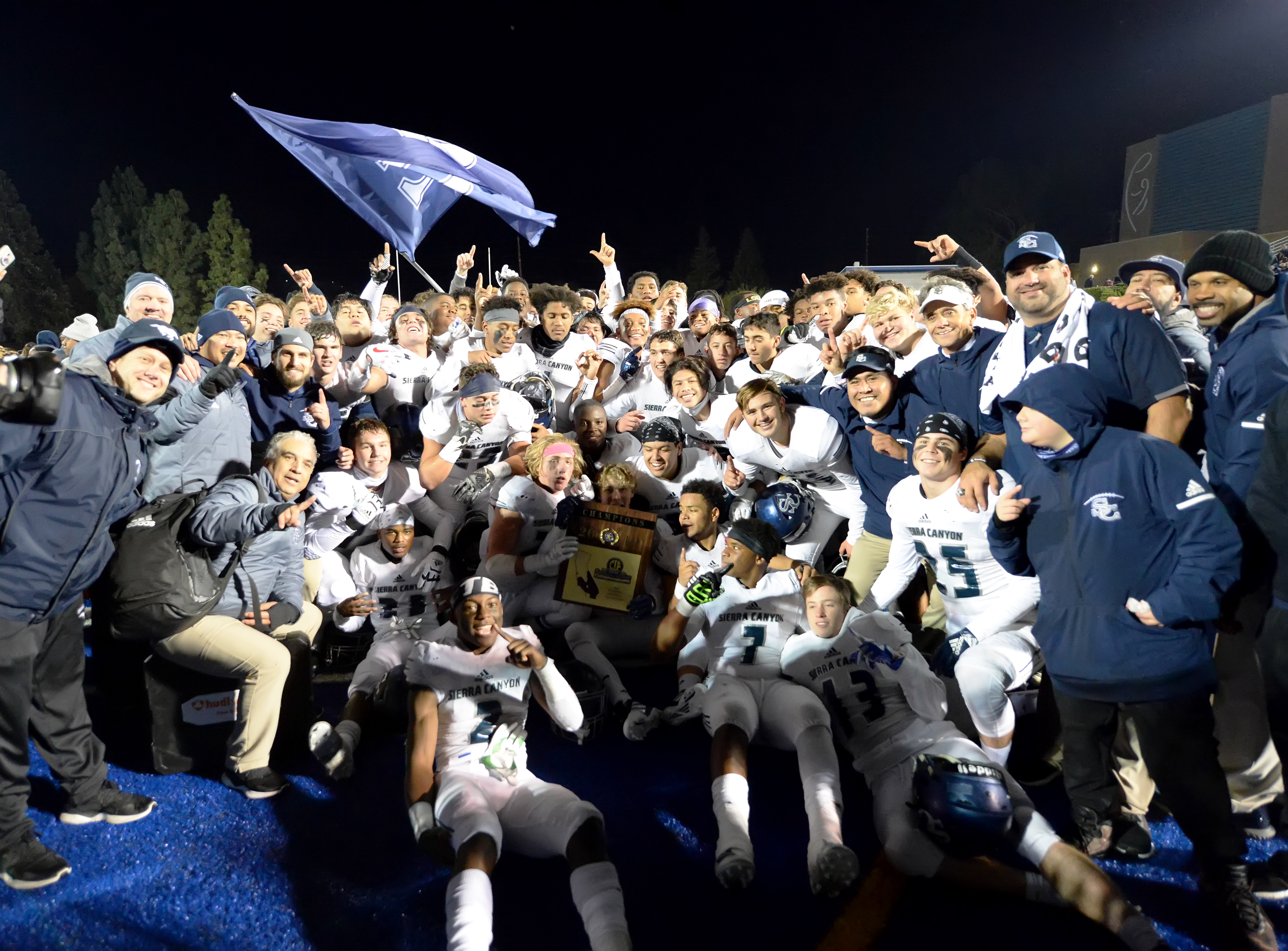 The Trailblazers won their fourth championship in the past five years and their second consecutive after winning the Div. 3 championship last year with a victory against Cajon.

Trailing 7-3 in the second quarter, Sierra Canyon (13-1) took control when Chayden Peery connected with Donovan Williams for an 11-yard touchdown and three plays later D.J. Harvey returned a punt 78 yards for another touchdown.

The scoring plays came just 1:37 apart and gave the Trailblazers a 20-7 lead. Sierra Canyon would never look back.

The running attack led to a balanced effort for the Trailblazers, who knocked off Santa Margarita, Vista Murrieta and Rancho Cucamonga to reach the final.

Chaminade’s only score came when Narbonne transfer Jaylen Henderson connected with freshman Ian Duarte on a 31-yard touchdown strike early in the second quarter. The Eagles (7-6) had a difficult road to the championship. Chaminade blew an 18-point lead at Norco before scoring a touchdown with just seconds remaining for its first-round win, needed more heroics to beat Upland in overtime and advanced to the championship when No. 2 seed San Clemente was kicked out of the playoffs for using an ineligible player all year.