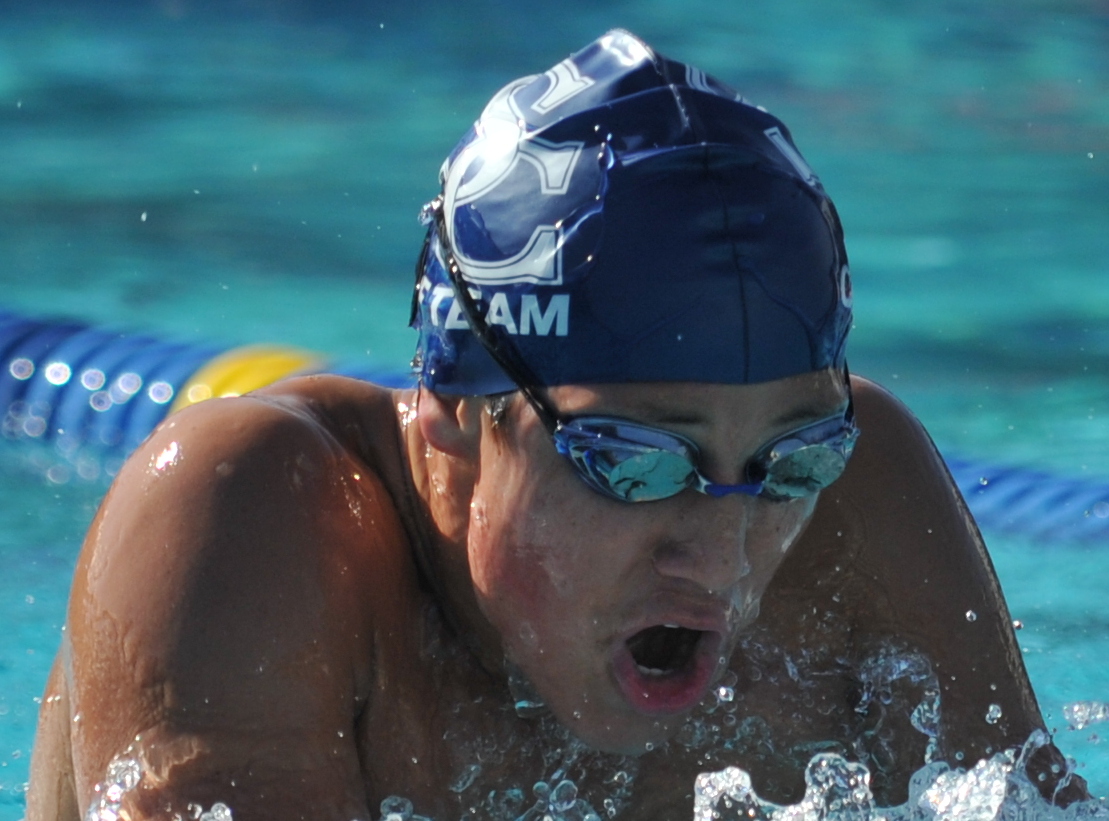 Swim continues to impress in the pool

Marissa Johnson (‘19) has been swimming all year long on both her club team and the school’s team. She is hoping her hard work will pay off at League prelims tomorrow and finals on May 5.

The swim team has two tiers of swimmers: those who swim year round and those who only swim for school, according to swim coach Matt Biondi.Year-round swimmers are Deanne Umbay (‘17) and Gazelle Umbay (‘18), Johnson, Nate Biondi (‘17) and Alex Feldman (‘18). They swim every day, 365 days a years, so they have an advantage over the rest of the team, who only swim four months a year.

In practice, the team does different drills and activities such as practicing their starts and turns. They also do a lot of exercises to promote the feel of the water.

“Swimming is a hard sport to learn, much more so than any other [sport]. For example, you could take a kid that’s never played soccer before and you could put him in a game within a couple weeks, and they could get the idea of defending the goal and kicking the ball. Couple weeks for a beginning swimmer, and they’d probably still be drowning. It takes a long time for the feel, to be able to manipulate [the water],” Biondi said.

Biondi also has the team do timed races to prepare for meets. The team’s last three meets have been against Brentwood, Viewpoint, and Crossroads. Those meets serve as opportunities to race and qualify for CIF, but they don’t keep score.

Coach Biondi thinks the team will at least eight first in individual events and the girls relay free and relay will do well at prelims. Prelims will be tougher for the boys because they lost their number four freestyle swimmer Leor Alon (‘17) after he injured his foot at the beginning of the season. Even if the swimmers don’t win their events, prelims will also be an opportunity for them to beat their personal best.