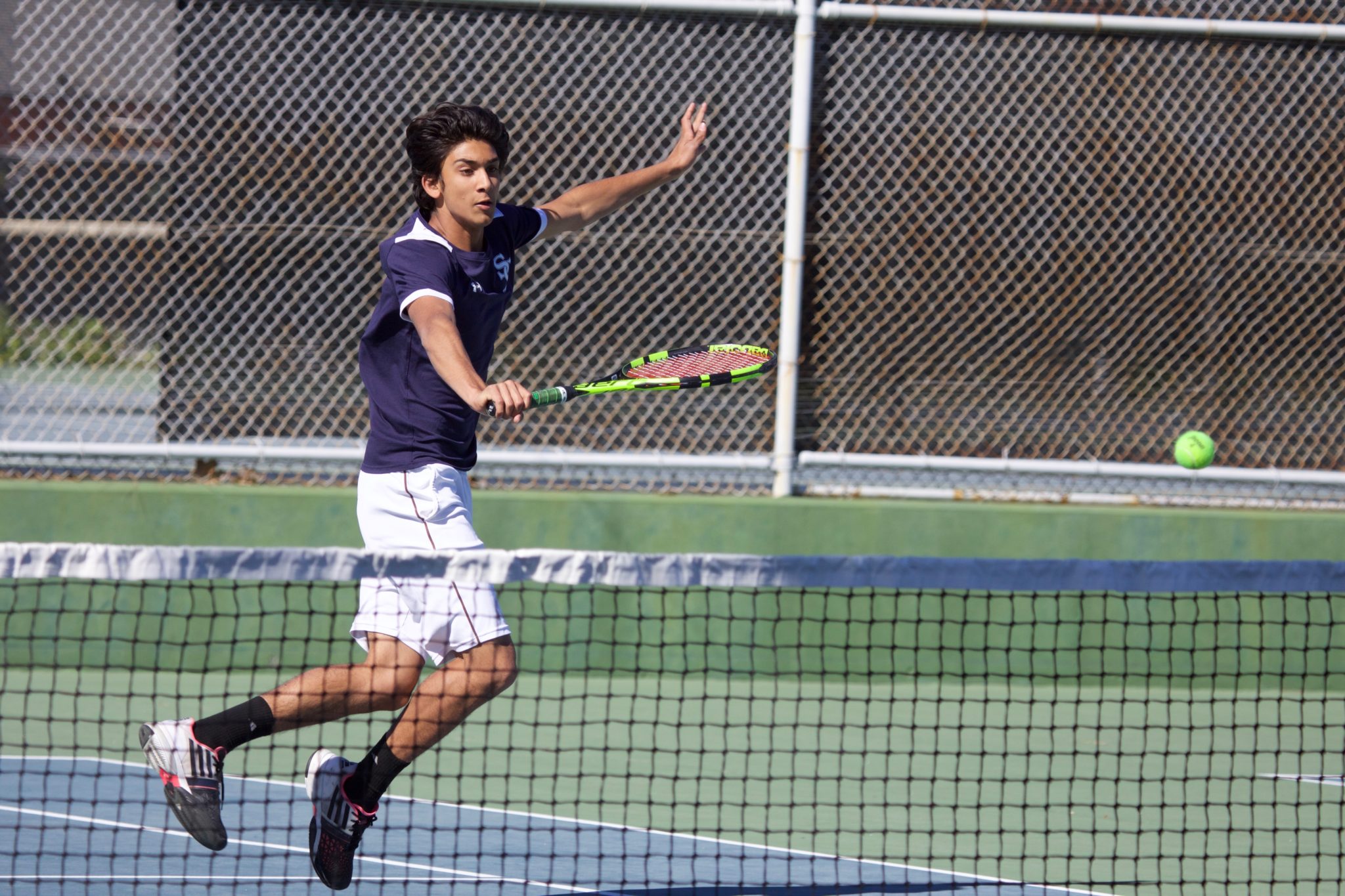 It’s match point, and Shaan Sain (‘19) calmly bounces the ball as he prepares to close out the match. He and Tej Bhasin (‘18) are the most consistent winners on the team.

Despite their individual efforts, the team has been outscored 190-44 through 15 matches of the season.

Yet having lost every match the team has grown together according to captain Luke Zaelke (‘18).

“We held our ground during the matches even though for the entire season we had people who were either injured or sick. This was unfortunate, but there was nothing we could do except hope they got better. Next year will still be a lot of fun and I’m looking forward to playing with my old teammates and some new ones too!” Zaelke said.

The team wil be starting individual playoffs tomorrow at 1 p.m.