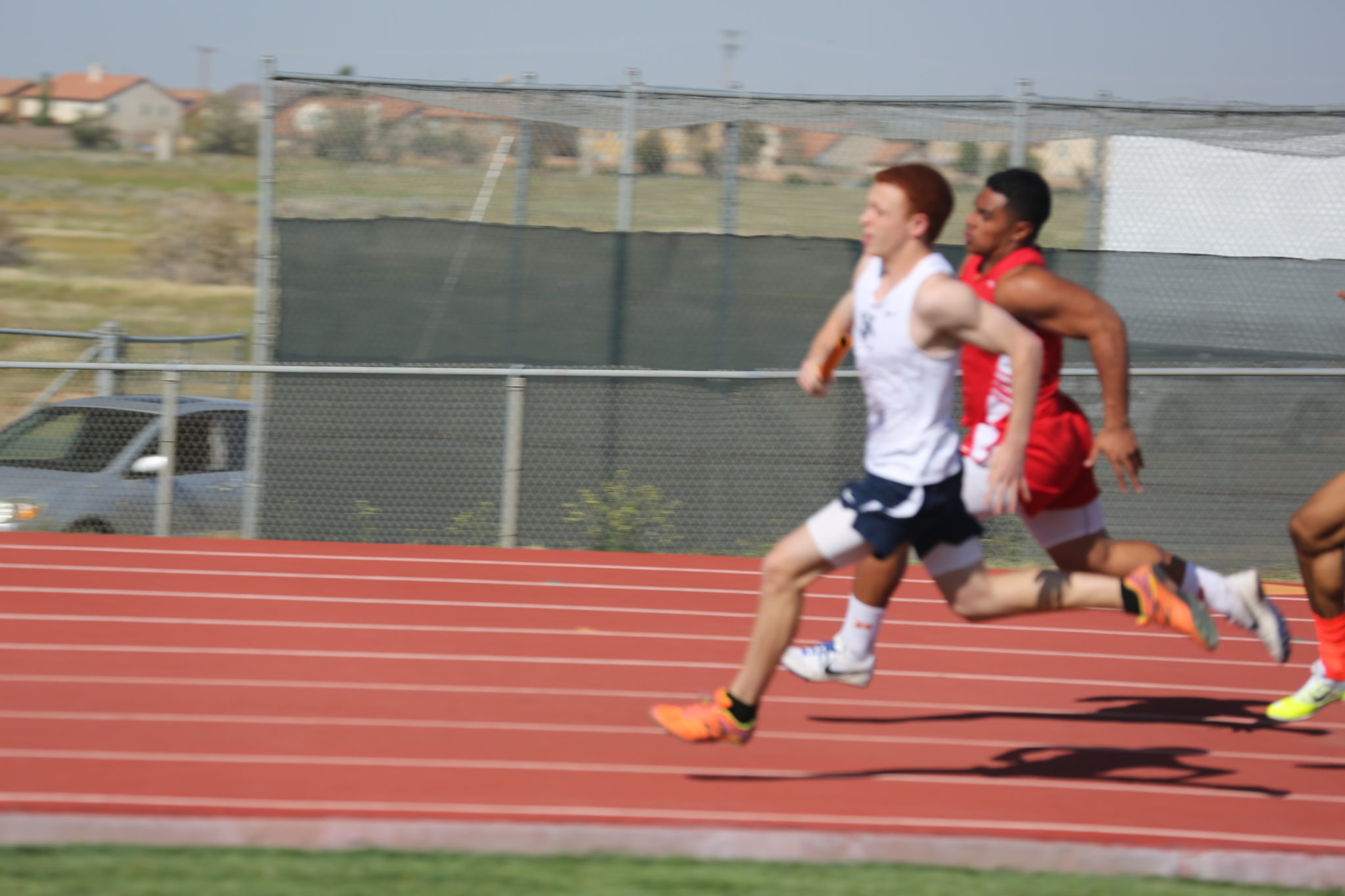 By Alyssa Harberger, The Standard

Hearts are racing, as runner Kayla Chong (‘18) kneels before the red clay of the starting line. As she takes her first stride, Chong and the track team plan to sprint their way into a season of success.

As she commemorates her third year on the team, Chong has spent the beginning of this season recovering from a concussion. Though she describes her personal expectations slightly lower due to the injury, Chong still managed to reign in victory for the team in her 4th in 800 win at the team’s third league meet at Cortell.

“[This year there are] a bunch of new people who joined the team. We are just starting to grow together… We’re all friends!” Chong said, when asked about the spirit of this year’s team.

While strengthening their bond, the team’s latest victories have set brand new school records. From Daniel Kamulali’s 10.78 in the Boy’s 100 Meter event, to Holden Rosberg’s 41′-10.5″ during the Boy’s Triple Jump, SC track stars are reaching new heights as the set new standards for seasons to come.

“We are always trying to increase the size, [so] this year isn’t much different than years before. [Track] is an individual sport. We just want to get kids’ times to improve and to place better in the league or the season” Track coach Joseph Pfleiger said.