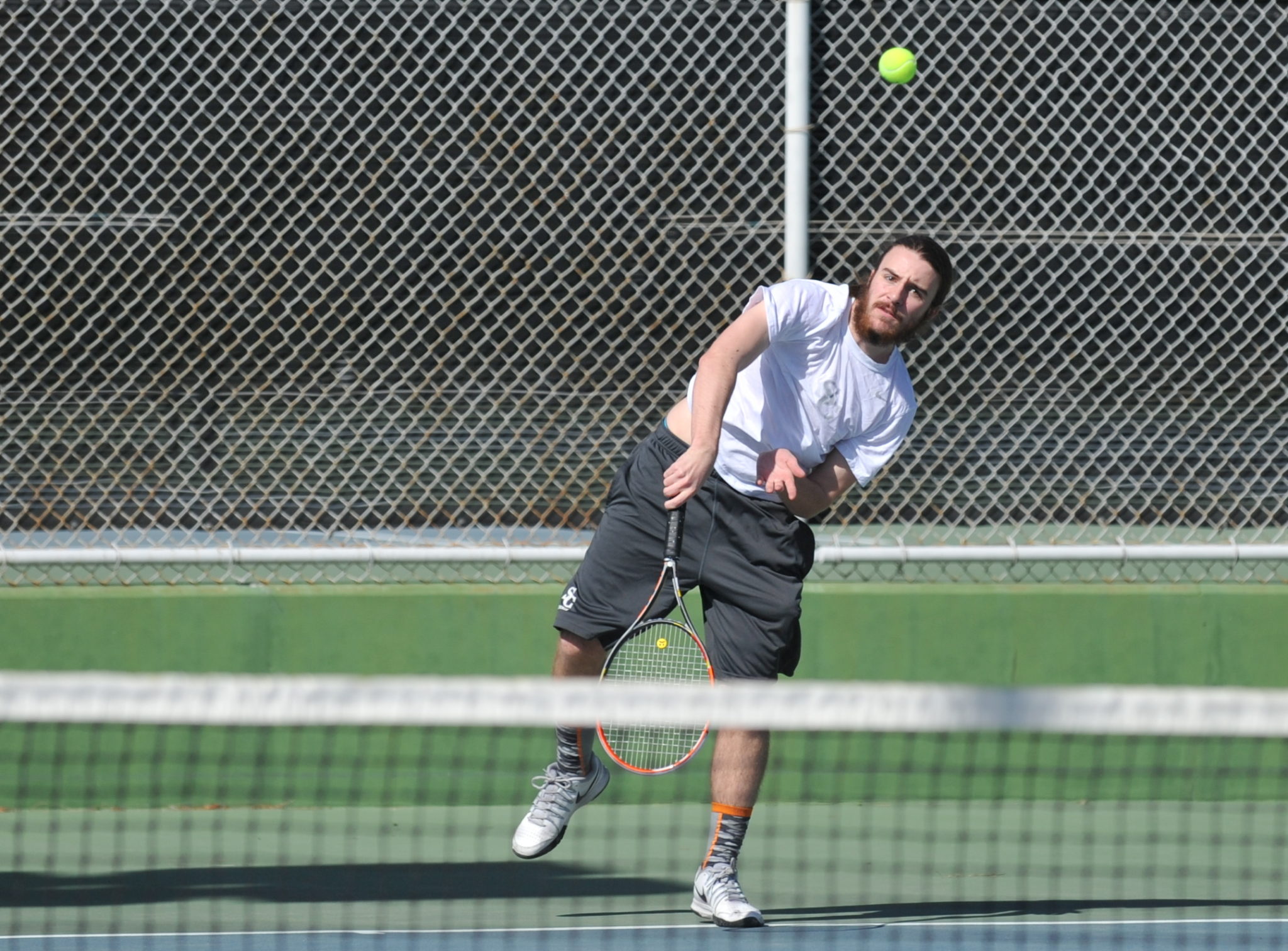 After only winning one match last year, the tennis team has already reached that mark with a 12-6 win over De Toledo on March 3. The team lost their second match to Birmingham High School 4-3 on March 8.

“The big win was definite morale booster. It was nice starting out the season with a win and we’ll continue to use that match as an example of how we should play during all our matches,” Ajitesh Chandrashekar (‘16) said.

Even after winning their first match, the team isn’t becoming complacent and is continuing to work hard to be successful in league.

“It’s a lot of fun! Even though we will have a tough season against all the other schools we play, it will be a great experience,” Luke Zaelke (‘18) said.

The team has grown a lot, winning its first match in school history last year, and starting off the season with another win. There are now 16 people on the team growing from only nine people 2013.

“When I first started playing with only nine guys, which is the minimum amount of players we need in order to compete. Now we have sixteen and the skill level keeps getting better. This year we have a state ranked player on our team Shann Sain (‘19),” Chandrashekar said.

For some of the new players, this year was their marked the first time they had won a match.

“After winning my first match, I felt satisfied because we lost our first set and came back in the end. Our first set was terrible, but we came back,” Liangchen (David) Zhou (‘18) said.

For Sain, who is one of the team’s standout players, the season provides him with the opportunity to play against some of the best kids in the nation.

“I’m excited to have an opportunity to play against the Number Ones on other good team and see how I stack up against some of the best players in the nation,” Sain said.

Although tennis is an individual sport, the team still has a team environment, with all the players practicing together and supporting each other.

“What’s fun is the satisfaction of hitting a good serve or a good ball, and hearing all of my teammates cheer.” Huizhe (Bobby) Zhang (‘17) said.