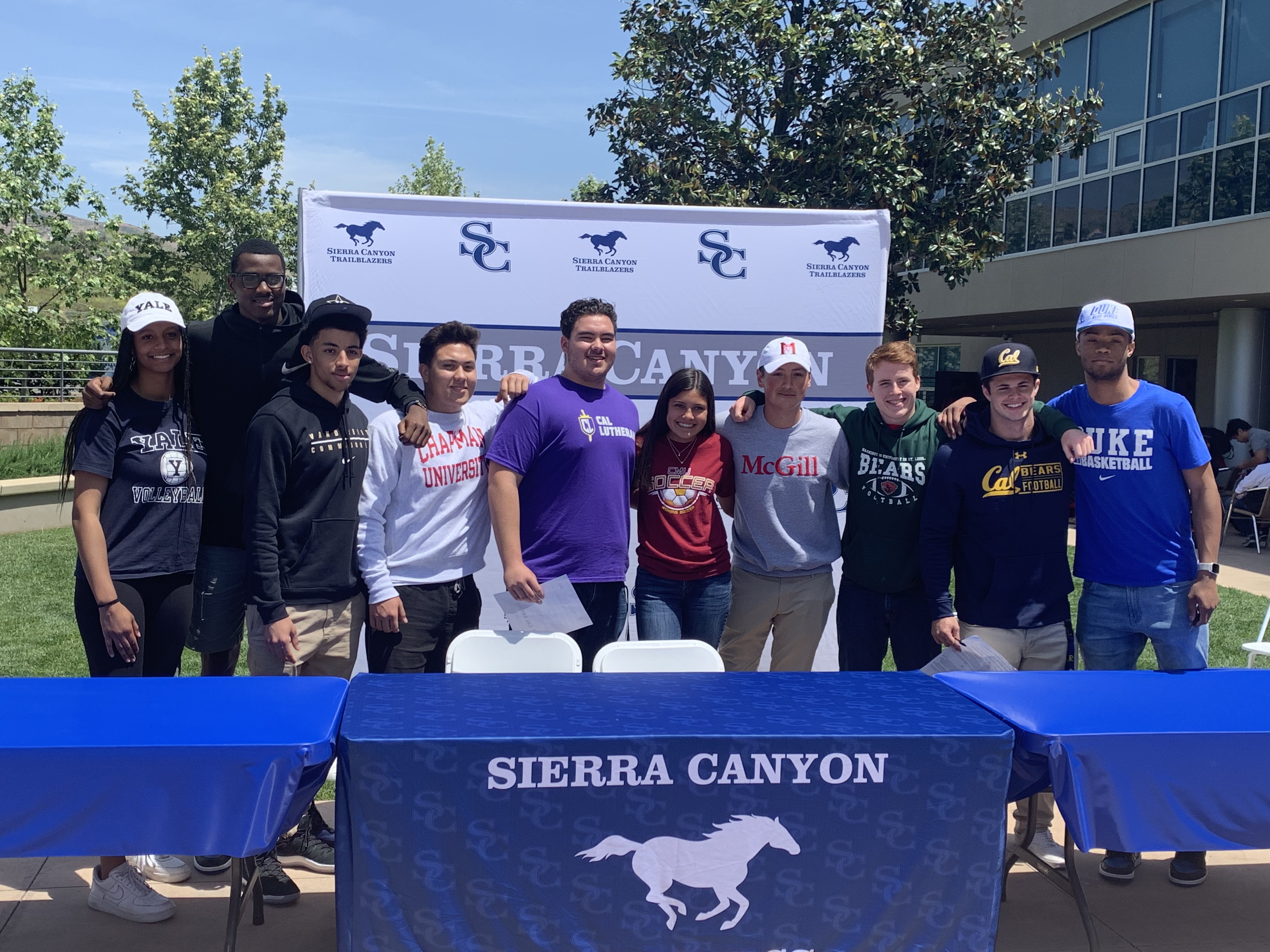 Trailblazers heading to next level

CHATSWORTH — The 2018-2019 school year was another great one for athletics. Not only did both boys and girls basketball teams win Open Division state championships and the football team bring home another Southern Section championship, the athletic department, coaches, staff and school helped many athletes move onto colleges with scholarships.

The football team will see lineman Josh Carlin continue his career at UCLA and speedy running back E.J. Gable is headed to Sacramento St. The duo was instrumental in helping the Trailblazers win their fourth section championship while advancing to the Div. 1-A championship game at Cerritos College.  Offensive linemen Ben Lee will head to Claremont College while center Chris Pruett will head to Cal Lutheran University and wide-out Ray Sullivan will head to Washington University in St. Louis.

The girls volleyball team advanced to the Div. 1 semifinals after a 2017 state championship run and will see outside hitter May Pertofsky go play at Michigan and Zoie Stewart take her middle blocking skills to Yale in the Ivy League (#ballerswithbrains).

Samantha Perry is headed to Franklin and Marshall to play Tennis. Perry helped the squad nearly qualify for the playoffs for the first time in school history. The team finished its best showing ever in Gold Coast League competition.

The girls soccer team had a nice run in the playoffs eventually losing to top-seeded Oak Hills of Hesperia. Coach Kristy Walker is excited for Jessica FitzWilliam to move onto Nevada and Bobbie Golik to head to Colorado-Mesa.

The boys lacrosse team only had five seniors but three will play next year in college. Cooper Endicott is going to Ohio-Wesleyan. Eli Turvosky will attend Colorado College and Mac Maclean is headed to Bucknell. The team once again qualified for the playoffs as the No. 11 seed but dropped a first-round match against No. 6 Westlake. The Trailblazers are happy with their fifth consecutive league championship, though.

Amanda Olinger is the lone senior from girls basketball moving on. Olinger will play at the Univ. of San Diego next year. Olinger helped Sierra Canyon win the Open Division state championship and advance to the So. Sec. Open Div. title game at Cal Baptist Univ.

The boys basketball team will see five players onto the next level. The double champion (So. Sec. Open Div. and state Open Div.) Trailblazers had a season to remember becoming the first SF Valley school to win back-to-back Open Div. state titles. You can’t do that without top-flight college level talent.

Cassius Stanley is headed to Duke, Scotty Pippen, Jr. and K.J. Martin are going to Vanderbilt, Christian Koloko is going to Arizona and Andrew Austin is choosing between a few options. L Simpson is expected to attend prep school before attending a four-year school in 2021.

Congratulations to all the teams, coaches and players for another unbelievable year for Sierra Canyon athletics on so many different levels.