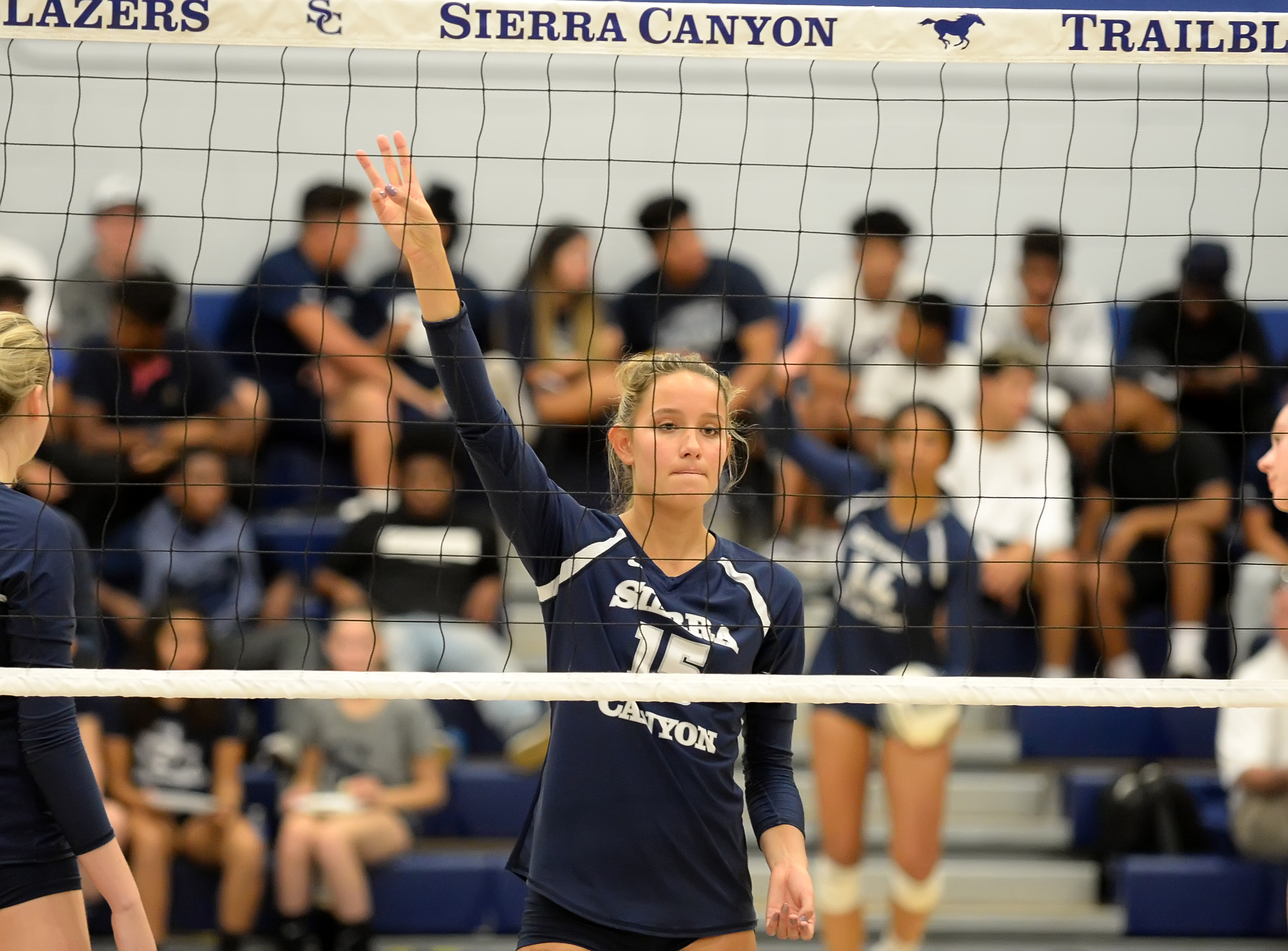 It is going to be hard to top what the last two years have been like but the Sierra Canyon girls volleyball team is ready for the challenge.

The Trailblazers won the 2017 Div. 2 state championship before making a Div. 1 semifinal appearance in 2018, succumbing to powerhouse Mater Dei.

“It’s been a great few years here at S.C. and we will continue our journey,” Sierra Canyon head coach Stefanie Wigfall said. “We are so proud of the girls now in college and are super excited about the returners and newcomers in our program.

Wigfall won’t have the services of May Pertofsky (Michigan), Zoie Stewart (Yale) and Jordan Pillsbury (Syracuse) but the cupboard is certainly not bare.

Long Beach St.-bound Jaylen Jordan is a strong outside hitter and junior setter Taylor Simpson is already committed to Colorado.

Addison Peeler will be a key senior at middle/opposite and a trio of juniors are ready to have breakout seasons. Laina Bolton and Alexa Horwitz could share libero duties and Elyse King is a defensive specialist.

An up-and-coming sophomore to watch is Sydney Montgomery.

“We are looking for Sydney to possibly become our next big-time hitter,” Wigfall said. “It’s exciting to see the development of our team. We have a lot of depth and choices.” There are also a plethora of top freshmen in the program. All might not be varsity players right away but will make their mark as the future of the program. Watch out for twins Natalie and Olivia Babcock, Jaida Sione, and Stormy Gorence.

Sierra Canyon will have another top notch schedule as it puts a couple big streaks on the line. The Trailblazers have won 47 consecutive Gold Coast League matches in a row and have won 115 consecutive sets in league dating back to October of 2015.

“The goal is to win matches and keep winning league titles,” Wigfall said. “The sets streak is not super important but I want to win matches more than anything.”

The Trailblazers will host St. Paul, Marlborough and Calabasas in nonleague affairs while hitting the road to play area powerhouse Westlake.